Home » Natural Alternatives to Metformin for PCOS and Fertility

In the United States, PCOS is one of the most common endocrine disorders within women of childbearing age. Among the slew of approaches for managing its symptoms are prescription options, such as metformin. While this approach does not cure PCOS, as there are no cures available, it can help with managing some symptoms and reducing the risk of diabetes. For some women however, the accompanying side effects of metformin or simply the desire to avoid prescriptions when possible is reason enough to find alternate solutions. In these cases, when possible, women might be better served choosing natural remedies instead of the commonly used drug for PCOS.

This ailment, which in long form is known as polycystic ovarian syndrome, typically strikes women of child-bearing ages. Often, a major precipitating factor for this illness is an abnormal production of male sexual and reproductive hormones called androgens.

For a more detailed and Complete Guide to Polycystic Ovary Syndrome, click here. 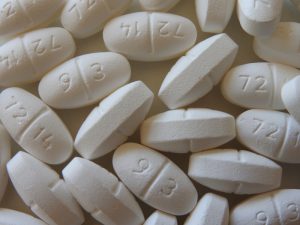 Metformin has enjoyed much success treating those impacted by the insulin-based form of PCOS. However, the drug can precipitate several untoward side effects, such as digestive problems, body aches, and fatigue. In addition, this drug also has the potential to precipitate far more serious health issues like respiratory infections and recent concern has linked it to increased cancer risk.

Over the past couple of years, the FDA, the top government watchdog agency for safety of commonly consumed products, tested numerous samples of metformin and found that several tested positive for a cancer-causing agent known as NDMA.

While FDA officials find these results alarming, they do not believe the risk is significant at this time and do not recommend anybody who is prescribed metformin for PCOS or any other serious ailment to cease taking it without first discussing this with their healthcare provider. However, if individuals are in a high-risk category for developing cancer, ongoing studies on the subject might be something to pay attention to.

So, why is metformin prescribed in the first place? The answer is tied to PCOS’ patients increased risk of diabetes due to insulin sensitivity concerns related to PCOS. Thus, metformin is prescribed to enhance the body’s sensitivity to insulin. This reaction in the body can decrease the levels of circulating insulin and produce a positive effect on adipose (fat) tissue. For these reasons, doctors typically prescribe metformin as a PCOS treatment for women who have insulin imbalances, diabetes or pre diabetes, or raised BMI (body mass index).

To read more about how to Reduce the Risk of Diabetes with PCOS When TTC, click here.

With the FDA revelation in mind, some PCOS-afflicted individuals might find relief with natural remedies: