Home » A Complete Guide to Understanding Age and Fertility

Age is a critical factor in the conception of a child. Contrary to popular belief, this connection between age and fertility applies to both sexes.

This article will explain why both maternal and paternal age are significant in the chances of conception overall. For women, it all begins before a female child is even born. A newborn girl carries all the eggs she will ever have in her ovaries. This number of eggs at birth is about one million. By puberty, this will have declined by as much as two-thirds, leaving approximately 300,000 viable eggs available for possible future conception. Of this number, only about three to four hundred will actually be released by the ovaries over a woman’s childbearing years.

This process of the declining number of ovarian follicles is ongoing throughout a female’s life and is called atresia. It’s just one of the reasons why age and fertility are so closely linked in women.

Age and Fertility Decline in Women

Atresia continues to increase with advancing age. Since so many women today are delaying childbearing until well into their thirties, they are also then coping with a natural age-related fertility decline. A normally fertile 30-year-old woman has about a 20 percent chance of conceiving during a given menstrual cycle, assuming she is having regular unprotected intercourse. A decade later, by age 40, this same woman would have about a five percent chance of conception under the same circumstances. After about the age of 45 or so, the odds of pregnancy are all but nil. Fertility generally ends well before the last menstrual cycle, which typically occurs sometime in the early fifties. There is little doubt that once a woman enters her early thirties, her best chances of conception are behind her. Of course, many women have healthy babies in their thirties, but statistically, fertility rates in women are highest from the late teens to the late twenties.

As women age, they run a higher risk of a condition called aneuploidy. This means that the quality of the eggs has declined to the point that many of them contain too many or too few chromosomes. Chromosomes are like arrangements of genes, all in a specific pattern and number. Humans have 46 chromosomes. Half are maternal; half are paternal. An extra, faulty or missing chromosome can cause devastating diseases like Down syndrome. A child with Down syndrome has an extra twenty-first chromosome. When an egg has aneuploidy, it can lead to either a genetic problem or miscarriage, if it can be fertilized at all. 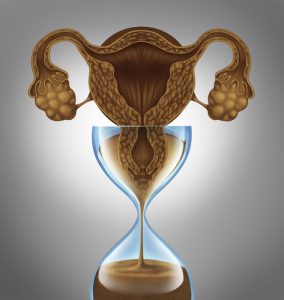 Another factor in an older woman’s fertility is the condition of her uterus. An older uterus appears to have greater difficulty doing its job of carrying and nourishing the growing fetus than a younger one. One study indicated that the placenta, which carries oxygen and nutrients to the fetus, wasn’t as robust in older uteri when compared to younger ones. When an inferior placenta is paired with the problem of aging, defective eggs, it’s not surprising to learn that a pregnant woman in her thirties is 20 percent more likely to have a stillbirth than one in her twenties. It appears that an aging woman’s body is simply not as capable of maintaining a healthy pregnancy.

Increase Your Chances of Conceiving

The statistics and facts you will come across are not the best confidence booster, but rest assured, plenty of women are getting pregnant and having healthy babies after 40. If you are reading this, you are likely ready to take that step. So, instead of focusing on the negatives, let’s focus on preparing you for the journey with confidence and faith in your body.

After 40, it will take more work on your part to help support your fertility. Here are some key areas that will need your attention:

In terms of fertility, men are different from women in that they continue to produce sperm cells from puberty throughout their adult lives, while women are born with a lifetime supply of eggs. Age and fertility in men are closely linked, too. Just as women’s eggs decline in quality, so does the male’s sperm. The stereotype of a 70-year-old man easily fathering a child with a much younger woman is mostly a fallacy. In fact, depending on age and individual factors, a man’s fertility can fall by as much as 11 percent a year. That’s a staggering figure. Because the quality of sperm cells declines with advancing age, genetic birth defects are more likely with an older father than with a younger one. The sperm cell’s structure and motility are other factors related to age and fertility. If the aging man’s sperm isn’t vigorous enough to swim and move toward the egg to fertilize it, conception is highly unlikely, if not downright impossible. 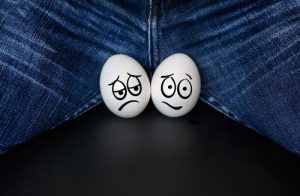 There are a number of causes behind male infertility such as testicle problems, sperm issues, sexually transmitted diseases, illnesses and health complications. If you were exposed to toxins or chemicals or you’re overweight, smoke, drink or abuse drugs, you may also be facing infertility.

Men’sability to conceive a child throughout their lifetime is a common misconception. A recent study observed 2000 couples and found that after the age of 40, male fertility can lessen by as much as 70 percent. This is similar to female infertility trends. While there are still instances where older men have been able to father children up into their 70s, these cases are exceptions and not the norm.

Another study in 2003 placed a link between lead toxins found in the male bloodstream with infertility. Instead of the lead coming from hazards on the job, it was a lack of exercise, smoking and drinking that caused the problems. Because lead can prevent sperm from functioning properly, it won’t be able to fertilize the female eggs.

What You Can Do to Boost Your Chances of Fatherhood

Men who wish to improve their chances of fatherhood should consider the following recommendations:

Both men and women experience a decline in the quality of eggs and sperm, respectively. The biological conception clock ticks for both sexes as time marches on.