Some of the most rewarding things you can do in life are planning a family and becoming a parent. For many lucky women and couples, getting pregnant comes quite naturally and for some it even happens by accident. However, that doesn’t mean conceiving a child is always easy. For a great number of couples, there are factors that make successfully conceiving a child very difficult such as low fertility, irregular ovulation and other biological factors that people have little control over.

An astonishing fact to many of those who are planning a family is that there are numerous lifestyle factors that could be hurting your chance of conceiving. Here are seven of those harmful lifestyle factors for both men and women that you should be aware of:

Living With too Much Stress

Studies show that having high levels of stress in our daily lives can be detrimental to fertility. While the exact scientific mechanism is up to debate, researchers believe that one of the reasons for this is that the hormones known as epinephrine and cortisol, which the body produces in times of stress, inhibits fertility. Another explanation is that high levels of stress show decreased blood flow to the uterus, which also negatively affects chances of conception. 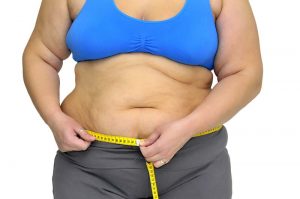 This applies to both overweight or underweight people. Some might assume that body weight doesn’t make a difference when trying to conceive. Even those who do acknowledge that weight may be a factor often think that it only matters when you’re overweight. Both of these notions are not true. When you’re overweight, you have higher estrogen levels which throw off your fertility, and when you’re too underweight, your reproductive process can shut down altogether. To have your best chance of conceiving, make sure your body fat levels and overall weight are in a healthy range.

Taking Drugs or Medications, Including Marijuana

Although it may be common knowledge to some, but it is worth mentioning that taking any drugs or prescription medications can adversely affect your chances of conceiving. Women who are required to take certain drugs or medication for health reasons, or perhaps use marijuana since it is relatively harmless compared to heavier drugs, should know that doing so is a choice that will affect the ability to conceive because it alters the menstrual cycle. 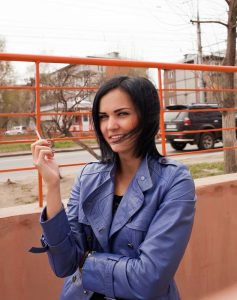 You might think that smoking and/or drinking alcohol only makes a difference when you’re pregnant, but think again.
When it comes to smoking, whether you’re a smoker yourself or you’re often exposed to second-hand smoke, this lifestyle factor has been proven again and again to reduce fertility and thus, your chances of conceiving.
As far as regular alcohol consumption is concerned when it comes to you or your partner’s fertility, it can lead to hormone imbalances. In addition, in women, alcohol consumption can lead to delayed egg maturation and due to hormone imbalances, can disrupt the timing of a regular menstrual cycle. In men, alcohol can have a negative effect on sperm quality and count and erectile function can also be affected.

Being Around Chemicals and Harmful Influences

Generations ago, there weren’t nearly as many potential chemicals and harmful influences in the average person’s daily life as there are today. From agricultural pesticides in the food, to solvents and toxins like those used in printing, manufacturing, and drying cleaning establishments, to high temperatures in some workplaces, all of these factors can hurt your chances of conceiving.

Sleep and the Effect of Exposure to Artificial Light at Night

Believe it or not, sleep can play a role in your fertility. Evidence has found a link between the disruption in sleep cycles and changes in reproductive ability. As a result of disturbed sleep cycles, menstrual irregularities, a decrease in fertility and an increase in negative pregnancy outcomes, such as preterm births, miscarriages and low birth weight, are affected.
In addition to sleep cycles, too much exposure to artificial light late at night can also negatively affect your ability to conceive. This phenomenon has to do with the hormone melatonin, which the brain normally cranks out in response to darkness to help us go to sleep when we need to. This same hormone also acts to protect the reproductive egg from free radicals, especially during ovulation. So staying up late and introducing artificial light at night when you should be sleeping is probably sometimes you should avoid when you’re trying to conceive.

The proverbial biological clock is based on fact. Many couples in this day and age love to indulge in a carefree lifestyle and, in doing so, delay starting a family until their late 20s or even later. Studies show that doing this can significantly decrease the likelihood that you’ll be able to conceive. Not only is it tougher for an older woman’s eggs to be fertilized compared to a younger woman’s, it is also more likely for there to be development problems stemming from the fertilized egg of an older woman rather than that of a younger woman. Men suffer the same fate too since their sperm count also diminishes as they age.