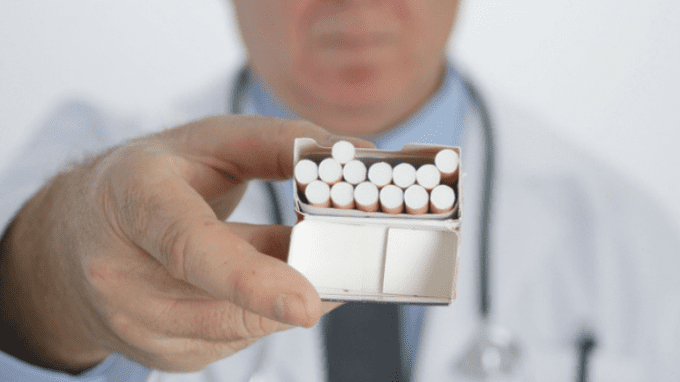 Smoking is not a healthy habit for anyone to maintain. It is especially important to consider this habit if you and your partner are trying to conceive. Many assume that smoking, when it comes to fertility, really only affects the female, however, this is not the case.

It is estimated that over one third of all men globally smoke a form of tobacco. In America alone, 21.6% of men smoke cigarettes.

Cigarettes contain an ingredient called nicotine. Nicotine is widely known for the negative impact that it has on your health.

Smoking has been proven to cause many health conditions within the body and to increase the risk of cancer or suffering from a heart attack or stroke.

The American Society of Reproductive Medicine estimates that up 15 % of all couples attempting to have children struggle with some form of infertility. Infertility is defined as the inability to conceive after 12 months of regular unprotected sexual intercourse. While, most of these cases are due to female factors, around 30 % of these couples are solely due to male factor infertility. Around 20 % of these couples deal with a combination of both male and female infertility struggles. Therefore making male fertility an important aspect of the conceiving process.

In a study composed of 2,542 men from the years of 1987 to 2004 found that when conducting a semen analysis, the cigarette smokers had lower sperm counts, semen volumes, and a lower percentage of motile sperm compared to the nonsmokers. Men who smoked more than 20 cigarettes per day were found to have a 19 % reduction in sperm concentration compared to nonsmokers. The study concluded that male adult smoking does result in moderate impairment of semen quality.

According to a survey based on more than 4,000 male patients seeking fertility treatment across China it was founded that male smokers are at a higher risk of reproductive problems. These types of problems could include difficulty conceiving, partners who have had miscarriages or deformed fetuses, and or abnormal sperm.

Within the 4,364 men that were surveyed 16.6 % of the males, both smokers and nonsmokers, were found to have abnormal semem, including a low concentration of sperm. However, abnormalities were found within 32 % of men who smoked.

Jiang Hui, the director of the Andrology Department at Peking University Third Hopsital in Bejing, claimed that the results of the study show that damage from tobacco to male reproductive health is quite serious. He goes on to explain that smokers’ sperm is much more likely to have abnormalities and deformities that may caused by the harmful chemicals within tobacco. The chemicals such as nicotine can actually damage human cells.

What about Smoking Marijuana? 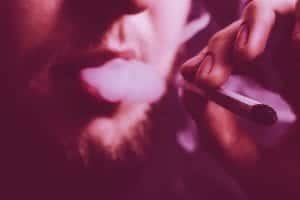 While marijuana, also known as cannabis, is perceived to be a less harmful substance new research suggests otherwise when it comes the impact it has on fertility. Studies have found that sperm counts and sperm motility were in fact lower in men that smoked cannabis around 14 times per week. The sperm that was being produced by these men was found to not move towards the egg properly. The sperm was found to become hyperactive too quickly and therefore too tired to penetrate the thick coating of the egg once they have reached it. This is due to the THC interfering with signals that naturally tell the sperm when to begin swimming harder.

It was also further found that someone already struggling with infertility could in fact become lower their fertility odds even more after using marijuana. However, studies have shown that by just quitting marijuana use sperm quality should improve within a week to three months once it has fully left your system.

Avoid Smoking of Any Kind When Trying to Conceive

If there is one thing to take from the current research, it is that you should quit smoking before trying to conceive. Not only will you feel healthier, but it may help your chances at conceiving. It is important to keep in mind that how you treat your body before trying to conceive is making up the parts of you that will help to develop your future child. Try and keep healthy choices in mind during the process.