Home » The Role of Coenzyme Q10 on Fertility

Infertility has become more common as people wait until later in life to start a family. Among infertility research and development, the use of coenzyme Q10, also known as CoQ10, has become more popular as a treatment and studies show it has promise in helping overcome it.

What is Coenzyme Q10

CoQ10 is a vitamin-like substance. It is found naturally in every cell of the body, as well as in the foods we eat and as supplements. Cells in the body make CoQ10 for energy and for cell maintenance. It is also an antioxidant, which means that it protects cells from damaging, oxidizing agents.

More specifically, CoQ10 supplies energy to the mitochondria in cells. Mitochondria are small organelles found in virtually every cell of the body. They act like the “power plant” of a cell, making energy for the cell and for the body. According to researchers including Robert F. Casper, CoQ10 improves mitochondrial energy production. 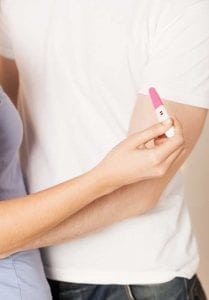 As people are having babies at an older age, some issues have repeatedly been problematic. First of all, due to age, women are less likely to even become pregnant at the age of 35 and older than they were at age 25. The second problem is that when they do conceive, there are more instances of miscarriage than at younger ages. This may be due to the fact that the body rejects, or miscarries, fertilized eggs that are so damaged that they are not likely to survive. Finally, babies that are born to women over the age of 35 are more likely to have genetic abnormalities such as Down’s Syndrome. Thus, women with fertility issues who are over the age of 35 are the group that is most likely to benefit from the use of CoQ10.

Several studies have been conducted to determine the actual effects of CoQ10 on fertility. At the Samuel Lunenfield Research Institute in Canada, a study was conducted to determine the effect of CoQ10 on the eggs produced by mice. This was a placebo-controlled, randomized, in vivo study, in which two groups of mice were given one of three supplements or a placebo. The mice tested were in two groups, a young group that consisted of 10-week-old mice, and an older group of retired breeders who were eight months old. The study concluded, “CoQ10 supplementation appears to improve ovarian response and oocyte mitochondrial function in old mice.”

This study is just the beginning of the research that will need to be continued. In simplistic terms, the study revealed that the mice who were given the CoQ10 were more fertile, thus more likely to conceive and the eggs produced were more likely to be similar to a younger mouse’s eggs.

A similar study published in Clinical Medical Insights‘ Reproductive Health followed a group of women who were receiving In Vitro Fertilization (IVF) or Intra Cytoplasmic Sperm Injection (ICSI). Unfortunately, this study was terminated early due to ethical concerns. However, early data produced results that showed that embryos from a mother that had been treated with CoQ10 showed a higher rate of normal chromosome number. The normal chromosomes are more likely to produce babies who do not have genetic defects.

Another small study on Reproductive Biomedicine Online showed an increase in fertility in women who took CoQ10. In this small study, women took the ovulation inducing medication, Clomid, and either a placebo or CoQ10. At the end of the study, the group who took the CoQ10 had increased ovulation and pregnancy rates, when compared to the placebo group.

However, CoQ10 effects aren’t restricted to women. Research appears to show the impact CoQ10 has on male fertility as well. Research in the Journal of Urology indicates positive results on fertility. The men in the study were randomly chosen to take either 300 mg of CoQ10 or a placebo. Those that took the CoQ10 had increased sperm density and sperm motility. While these increases were significant, more research is still needed to conclude a solid case on male fertility and CoQ10 as a treatment.

It is important to note that all of these human studies were small, and like all research in the medical field, more research will need to be done, although the results from each study were promising. The researchers have shown, albeit on a small scale, that CoQ10 may not only help to increase fertility, but it also aids in the normal development of chromosomes for healthier babies.