Home » A Guide to Male and Female Fertility Testing 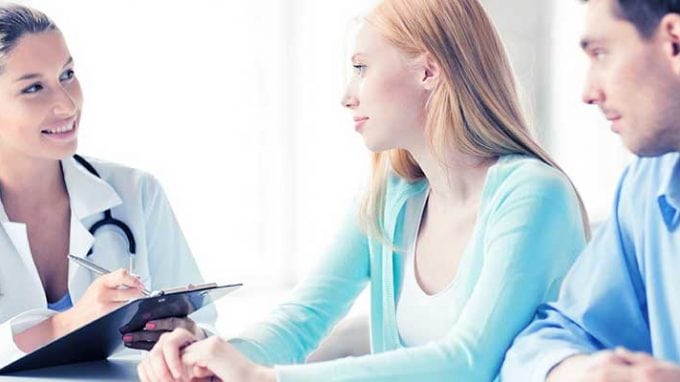 When Should You Have Your Fertility Checked?

It is normal for it to take several months to become pregnant. However, at some point of being unsuccessful at conceiving, seeking a doctor’s opinion and having your fertility tested can be a good idea.

You might want to consider having your fertility tested if:

Infertility could be an issue with the male, the female, or a combination of the two. Before you start the process of testing, talk with your partner about what you are willing or able to do. Some tests are invasive and uncomfortable and testing can be very expensive. Many medical plans do not cover fertility testing or treatments. After all the tests, you still may not get pregnant. 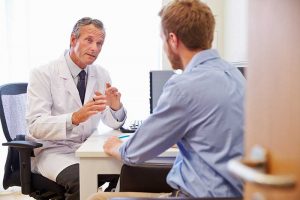 Your first appointment will include a thorough medical history. This will include questions about your birth control methods, any sexually transmitted infections either of you may have, your sexual history and your sex life. The doctor will ask about your use of alcohol, tobacco or drugs and any medications, herbs or supplements you may be taking. They will ask about the female’s menstrual cycle. The woman will have a pap smear and a pelvic examination.

You will likely be asked to keep a chart or diary of the woman’s cycle, especially of her ovulation. There are several ways to do this: over the counter ovulation tests, tracking basal body temperature and cervical mucus can all be indicators. This information is used to identify the woman’s most fertile days and to time those tests that need to be done at certain points of the cycle.

For beginning male fertility testing, men should visit an urologist or andrologist. In addition to medical history, lifestyle factors and sexual behavior, a tactile examination of the testes, epididymis and spermatic duct as well as an ultrasound of the prostate and urinary tract can be performed.

Both of you may have blood and urine tests. In the urine there may be bacteria which are responsible for reduced fertility. Both of you may be tested for STIs (sexually transmitted infections); this can be a blood test and/or a urine test. Blood tests can also be used to determine hormone levels. These tests can occur at different phases of testing and at different times of the woman’s cycle. During the course of a cycle, the production of different hormones is measured, which are important for the reproduction. The woman may be tested for luteinizing hormone (LH) and for progesterone during their cycles; these can indicate if an egg is being released. She may have a thyroid check, as sometimes thyroid issues confuse ovulation. If she has ovulation difficulties, she might be tested for prolactin. An excess of male hormones or increased prolactin levels can also indicate PCO.

The man can have multiple hormones checked as well. The sperm production is dependent on the production and release of certain hormones. If his sperm count is low, his testosterone, LSH, FH and prolactin levels can affect it. The examination can provide an indication of a disturbed hormonal control of testicular function. Increased prolactin concentration may also adversely affect fertility.

You may also have genetic testing to check for normal chromosomes in your cells or for genetic causes of infertility.

An accurate semen analysis is important to check the man’s fertility. He will collect semen into a sterile cup and give to the medical personnel. In this test, the sperm is checked for quantity, for motility (activity level), for appearance and for shape. If the spermogram shows deviating values, a second examination takes place usually eight to twelve weeks later. If the values ​​are confirmed, further tests will follow. Also a tactile examination of the testes and prostate for abnormalities and an ultrasound of these organs can give further indications of a disturbance. He may have a urinalysis to check for white blood cells, which can indicate infection, or sperm in the urine, which can indicate an ejaculation problem. If there is low sperm count, a blood sample can reveal genetic abnormalities.

Another possible test, which indicates whether sperm can pass through the cervix in the direction of the uterus and fallopian tubes after unprotected sex, is the postcoal test. This can be used to determine whether the female immune system develops antibodies against the sperm cells of the partner, a reason, why they cannot enter the uterus. A testicular biopsy reveals whether the testicles are capable of producing sperm. If this is the case, sperm cells can be deep-frozen and used for other methods such as an IVF.
There are other tests that can be done for males, but they are rarely needed.

A transvaginal ultrasound can help to examine female reproductive organs such as ovaries and uterus. In this test, a thin, wand-shaped ultrasound probe is inserted into her vagina and the ovaries and uterus are checked for cysts, fibroids or mucous membrane polyps. Hysterosalpingogram is also a special x-ray procedure. During this test, x-ray contrast material is injected into the uterus while the doctor watches on a screen to see whether the fluid runs properly out through the fallopian tubes. If it does not flow correctly, there could be a blockage. If this is the case, she may have a laparoscopy. A small incision is made in her abdomen and a thin camera with a light (a laparoscope) is inserted to inspect her internal organs. This test, which is performed under anesthesia, checks for scarring, for infections, cysts, fibroids and adhesions, which can be removed in a small operation. Hysteroscopy is another possibility of examination, which requires no surgery, but can be carried out on an outpatient basis. A laparoscope is inserted through the vagina and the cervix to inspect the lining of the uterus. In this way, adhesions, malformations, fibroids and other changes in the uterus become visible. The doctor may also take samples for biopsy, remove cysts or clear a blocked fallopian tube using the laparoscope.

Based on the results of the testing, your medical team will help you decide what you want and develop a plan.