Home » Jogging and the Effects on Male Fertility 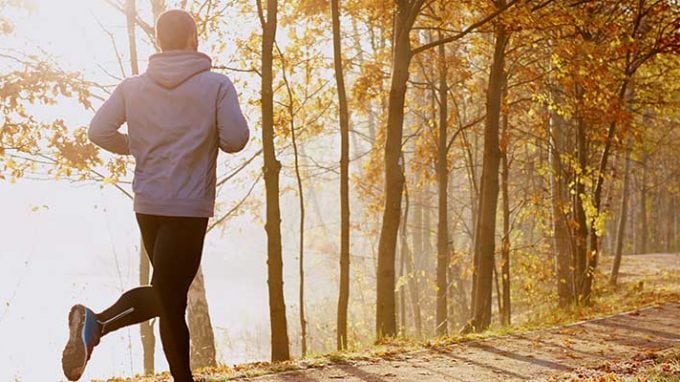 The widespread notion that working out lowers a man’s sperm count is wrong. This is according to recent studies that have pointed to one fact: Moderate cardio exercise can significantly improve male fertility. These two primary studies include one published in the British Journal of Sports Medicine and the other in the journal Reproduction.

What Do the Studies Show?

The first study was conducted at the Harvard School of Public Health. The subjects were 189 men with sedentary lifestyles. The study found that men who spent more than 14 hours each week exercising had a 73 percent greater sperm concentration when compared men who exercised for only 14 hours a week. The effect of the exercise was consistent even when researchers accounted for other factors like body weight and diet.

The second study comes from Urmia University in Iran. In this study, the subjects were 261 sedentary men who began exercising on a treadmill. The researchers divided men in this study into four groups. Three groups were assigned different types of exercise with the fourth being the control group. The control group did no exercise. The first three groups performed moderate intensity continuous training (MICT), high-intensity continuous training (HICT) and high-intensity interval training (HIIT).

The MICT consisted of walking or jogging on a treadmill for around 30 minutes each day. The subjects exercised between three and six days a week. The men who took part in the HICT ran on treadmills vigorously for an hour, three days a week. The HIIT group alternated between sprinting and walking for 20 to 30 minutes.

Researchers in the Harvard study found that the most active men among their subjects had the highest sperm count and concentration. These men performed at least 15 hours of physical activity a week. Researchers defined the type of activity that these men did as ranging from moderate to vigorous. When compared to men who were sedentary for more than 20 hours per week, they had a 44 percent higher sperm concentration.

The results from the Urmia University study also pointed to the benefits of moderate exercise for male fertility. The MICT group saw their semen volume increase by more than eight percent. They also had a 12 percent higher motility and a 17 percent improvement in morphology. In addition, this group averaged a 22 percent increase in sperm count compared to the control group. A week after they stopped exercising, their sperm count and morphology returned to normal; the motility also returned to previous levels after a month.

The verdict? Urmia University researchers concluded that moderate exercise is an effective way for sedentary men to improve the count and quality of their sperm. While the research did not look into why moderate exercise had the most pronounced effect on sperm quality, the hypothesis is that the testes were subject to less stress and inflammation than with more strenuous exercise.

It is important to note that sperm quality is just one of the factors in male fertility. While moderate exercise may help with some infertility problems, other fertility issues may be more complex than mere male sperm quality and may not be resolved quite as easily, but, in combination with other sperm enhancing approaches, it gives a healthy starting point for couples looking to conceive.