Home » The Connection Between the Thyroid and Female Infertility 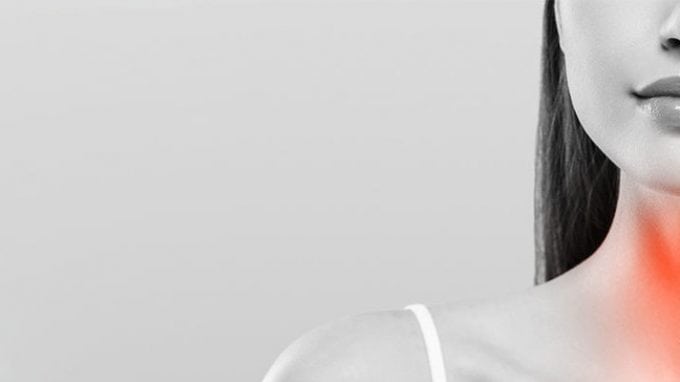 Infertility can have many causes, some of which are easier to treat than others. Thyroid disorders affect one in three people and may be a possible reason for fertility problems. However, these disorders can be easily treated today and do not present a permanent obstacle to family planning.

Function of the Thyroid

The thyroid gland is an important organ that has many functions in the human body. One of its main functions is the production of the two hormones T3 (triiodothyronine) and T4 (thyroxine), which regulate a variety of metabolic processes. The butterfly-shaped organ is controlled by TSH (thyroid-stimulating hormone), which is secreted by the pituitary gland and released into the bloodstream. In the case of a thyroid disorder, TSH levels do not fall within the reference range. If the levels are too low, this is termed hyperthyroidism and indicates an overactive thyroid; levels that are too high and exceed the normal limit are indicative of an underactive thyroid and are referred to as hypothyroidism. Both disorders can be responsible for a variety of health problems. These include insomnia, difficulty concentrating, weight gain or loss as well as general fatigue and mood swings. In extreme cases, heart problems can also occur if the disorder is left untreated.

The Thyroid and Female Infertility

Fertility and reproduction are also controlled by the thyroid gland. For pregnancy to occur, healthy thyroid function is critical. Both an over- and underactive thyroid can have a negative impact on female fertility. Affected women often have difficulty becoming pregnant or suffer miscarriages. Sex hormones such as estrogen and thyroid hormones are closely linked and influence each other. An imbalance of thyroid hormones also disrupts the production of sex hormones, which can result in severe menstrual disorders. Menstruation may occur irregularly or stop altogether. Hypothyroidism particularly plays a significant role when trying to conceive, whereas hyperthyroidism tends to have more adverse effects on the pregnancy itself. An overactive thyroid can lead to premature birth and miscarriage. Malformations can also occur because the thyroid hormones of the mother are essential for the development of the child.

In the case of hypothyroidism, the body does not have enough available thyroid hormones, which is why many metabolic processes occur much more slowly. Women with hypothyroidism often struggle with infertility. If the hypothyroidism is not fully pronounced (subclinical or latent), the ability to conceive may be merely impaired. Hypothyroidism often manifests gradually, with common causes including acute iodine deficiency for a prolonged period, an untreated thyroid infection or congenital hypothyroidism. An autoimmune disease can also lead to infertility, as in the case if the woman’s immune system develops antibodies against her own thyroid (this affects six to eight percent of all women).

Tests Before Conception and During Pregnancy 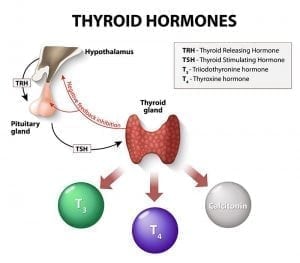 In most cases, thyroid disorders are discovered only through targeted tests, which is why it is so important to have the thyroid checked with the help of a blood test in case of fertility problems. This especially involves assessing TSH base levels. Ideally, a TRH test should be performed as well. In order to determine the exact dysfunction, further tests such as checking the thyroid antibodies and having an ultrasound may be useful. Women who are planning to become pregnant should have TSH levels below 2.5 uU/ml to ensure that the embryo is adequately supplied during the first few weeks. However, in patients who are unable to become pregnant, much lower levels (TSH value around 1) should be sought. T3 and T4 levels should also be checked. Generally, thyroid levels should be tested and (if necessary) adjusted before a planned pregnancy.

In most cases, both an over- and underactive thyroid gland can be successfully treated with medication. This usually involves administering thyroid hormones to either balance out an overactive or underactive thyroid. Various studies have shown that women whose hypothyroidism was treated with medication were able to become pregnant relatively quickly. Close monitoring of the thyroid levels should be continued during pregnancy in order to avoid increased risk of miscarriage or impaired development of the fetus that can occur when the thyroid gland is not functioning properly. Ideally, a woman’s obstetrician and endocrinologist should cooperate closely.

Before conception and especially during early pregnancy, the demand for thyroid hormones is high. In order for sufficient production of these hormones to occur, adequate iodine levels are essential. Therefore, it is important to ensure that the body is well supplied with iodine. Recommended iodine sources mainly include various types of seafood such as fish as well as dairy products and bread that has been prepared with iodized salt. In addition, iodine levels can be increased by taking suitable supplements.