Home » A Look at the Types of Ovarian Cysts 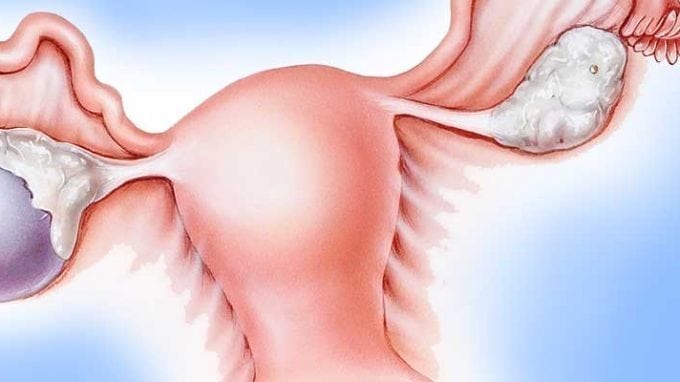 As many as six percent of women between the ages of 15-44 struggle with infertility. One of the most common causes of this problem is ovarian cysts. These small sacs develop in or on the surface of the ovaries. Their size can vary, but they contain tissues or thick blood that is often problematic.

Most women will develop at least one of these cysts before they reach menopause. They are very common. In many cases, a woman won’t realize she has these cysts because they are usually painless. Cysts can be a normal part of the reproductive process. Actually, the follicle that formulates around a woman’s egg while it seasons is a distinct type of cyst.

Most Ovarian Cysts Are Harmless

Most of these cysts, up to 95 percent, are not cancerous. In most cases, these growths will disappear on their own. Most only last a few weeks to a month or two. If the cyst doesn’t disappear on its own, it can be removed by a doctor easily. Yet, some can cause problems and indicate a reproductive issue, which can affect a woman’s fertility.

While 95 percent of these growths are harmless, the other five percent can cause great problems in the reproductive system. For instance, endometriosis is cysts that form within the endometrial lining. Tissues that typically grow within the uterus erroneously grow on the outside of the uterus. This condition causes pain during intercourse or menstruation. Many doctors refer to this condition as “chocolate cysts.” These cysts have a distinct color as they contain older, dark blood.

PCOS is one of the largest causes of infertility in women. In the reproductive system, a follicle is supposed to burst open and release an egg once 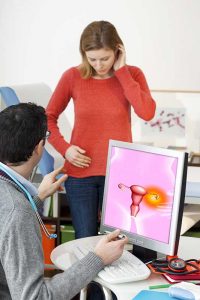 a month. In the cases of PCOS, the follicle doesn’t release the egg as it should. The egg turns into a cyst. As this malfunction continues to happen month after month, these cysts fill the ovaries. This can affect a woman’s fertility. On an ultrasound, these little tumors look like black pearls lining the ovaries. Due to the imbalance of hormones, those suffering from PCOS also have other issues to deal with. They may have abnormal hair growth on the body, weight gain, mood swings, loss of menstruation and other problems.

The functional cyst doesn’t contribute to a woman’s infertility. Actually, this type of growth shows that the reproductive organs are healthy. Due to the fact that a healthy process causes these cysts to grow, it can be a good indication that things are as they should be. These cysts develop during the ovulation cycle and they usually disappear through the menstruation process. Rarely, one of these cysts will rupture and bleed. This can cause some discomfort and pelvic pain. These growths are typically found during the reproductive years and not during menopause. Functional ovarian cysts occur approximately 10 times more frequently than real ovarian cysts. They usually reach a size of 10 cm and regress on their own in most cases.

A cystadenoma is a cyst that generates from the cells of the outer part of the ovary. These non-cancerous growths will need to be removed through surgery. These growths can become quite large and cause great pain. They can measure 12 inches or more in diameter.

The Dermoid cysts are unique in that they contain skin, hair, teeth or other unusual structures. Their blood or fluid content is low, but they are fascinating to the medical community. While not cancerous, they will need to be removed due to their size and rare content.

So, while there are many different types of cysts, there are a few that cause reproductive issues. However, having conditions like PCOS or endometriosis can have a huge impact on fertility. It is best to monitor the reproductive system and to alert a doctor to any abnormalities immediately. Even though some conditions can make childbearing difficult, it doesn’t mean that it is impossible. In most cases, there are treatment methods that can allow a person with cysts to still have a child naturally.