Home » PCOS and Mental Health: Everything You Should Know 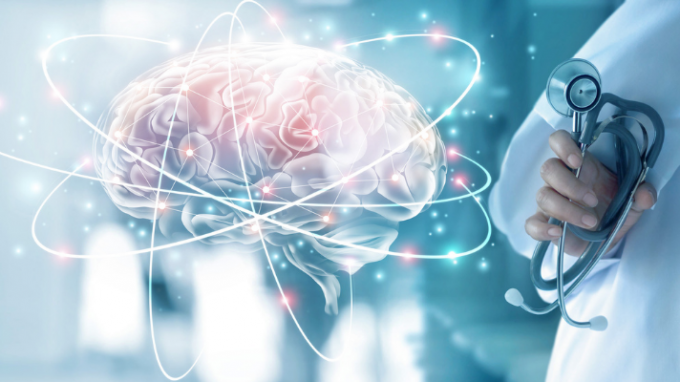 When it comes to a polycystic ovarian syndrome (PCOS) diagnosis, studies are finding that there is a clear correlation between PCOS and mental health, leading to PCOS delivering an increased risk of negative effects on several aspects of women’s mental health.

While there are a number of types of PCOS, each with their own set of side effects, in general, PCOS is a common hormonal disorder that affects a variety of health issues in women, mental health being one of them.

Prior studies suggest that PCOS can be associated with mood and psychiatric disorders and lead to an increased risk of developing depression, anxiety, and obsessive-compulsive disorder (OCD).

More recently, researchers conducted a meta-analysis of 11 different studies to determine if women diagnosed with mental health disorders also suffered from PCOS, and if the rate was the same as in the general population. The study concluded that compared to the general population, women with autism spectrum disorder (ASD), PTSD and bulimia nervosa had a higher prevalence of PCOS.

Another study showed that women who have PCOS have a heightened risk of developing bipolar disorder.

When understanding the signs and symptoms of PCOS, it isn’t difficult to imagine the effect PCOS can have on mental health, especially when many women are misdiagnosed, have delayed diagnosis procedures, and thus may feel helpless when it comes to controlling their PCOS symptoms, some of which can become debilitating or negatively affect their quality of life.

When considering the mental health impact PCOS may play, it’s also no surprise to find a correlation when you consider the syndrome affects hormonal balance which, when left untreated can wreak havoc on the body. The hormonal effects of the syndrome not only impact fertility and the ability to conceive, but can also affect the delicate balance of other neurotransmitters that affect mood, like serotonin, contributing to the dual diagnosis of PCOS and mental health disorders.

Take into consideration the additional aspect that chronic disease can also create a financial burden and infertility, both of which may substantially increase stress, lead to anxiety and other stress-related disorders.

Researches have yet to find a direct cause for developing PCOS, but elevated androgen levels appear to have a strong correlation, as well as other metabolic imbalances and autoimmune responses. Because PCOS can often run in families, a genetic link is also considered to be a contributing factor with PCOS.

Though there are many approaches to addressing PCOS symptoms, the key goal of PCOS treatment involves establishing hormonal balance within the body to minimize or eliminate the symptoms. The effectiveness of treatment and preferred methods vary from woman to woman and can include hormonal balance with medications or through natural approaches to overall health. For some women, a combination of both approaches may provide the best outcome.

Hormone treatments, diabetic medications and blood pressure medications, and other prescriptions have all shown some positive effects in managing PCOS symptoms. Medications to increase ovulation have also corrected fertility issues and side effects that many women with PCOS experience. This relief from symptoms and improved fertility can, in turn, help alleviate anxiety and depression substantially for some women, however for others the medications may present their own set of side effects that make managing mental health counterproductive. Thus, some women may look for natural alternative routes to avoid prescription medications when it comes to balancing the PCOS symptoms and hormones.

Common natural treatments include self-care and various lifestyle changes, both of which have been shown to have positive outcomes on physical and mental PCOS symptoms and health.

Dietary changes such as 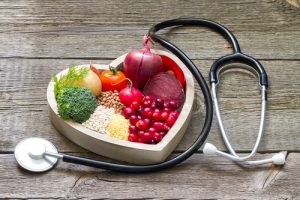 eliminating simple carbohydrates, like white flour and sugar, while increasing complex carbs such as whole grains, shows positive effects on stabilizing insulin levels and mood. Consuming plenty of vegetables, fruits and lean protein also shows improvements on both physical symptoms and mental health status. Supplemental omega-3 fish oil and inositol have shown to be effective in some studies for reducing symptoms of PCOS related anxiety and depression, as well as the use of some essential herbs, such as spearmint.

Avoiding toxic and harmful substances and lifestyle habits such as smoking, can also play a key role in balancing hormones, and eliminating the unwanted side effects of PCOS.

Researches have also found a possible link between the gut biome and PCOS and concluded that probiotics may play a role in restoring healthy gut microbes to prevent or lessen the severity of PCOS and its symptoms.

While finding the balance of treatments and lifestyle changes, it can also be helpful to find positive stress-relieving methods to help limit unnecessary stress and biological stress responses that may hinder the body’s coping abilities and lead to a decline in mental well-being. Outlets such as stress-free hobbies, meditation, yoga or physical exercise, or journaling can all be helpful outlets for relieving built us stress and anxiety.

Regardless of which route is taken, medically assisted or natural remedies, addressing the underlying concerns of hormonal balance is key to not only managing PCOS symptoms but improving mental health and reducing the risk of any potential threat of mental health disorders.