Home » The Complexity of Delayed or Missed PCOS Diagnosis 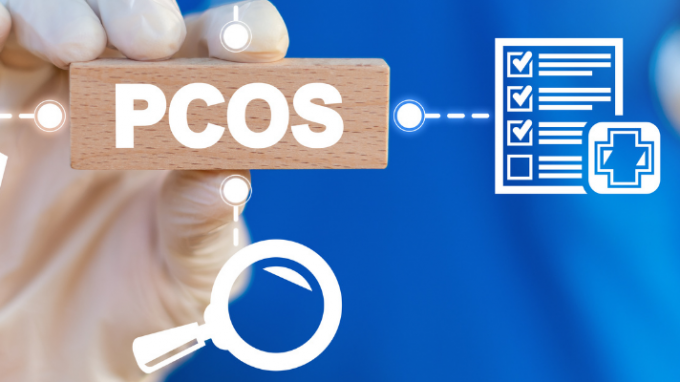 Polycystic ovary syndrome (PCOS) is a condition that affects female hormone levels, generally characterized by the overproduction of male hormones. The hormone imbalance can lead to a number of symptoms and issues including missed menstrual periods and, in some cases, fertility struggles and infertility, in fact it is one of the most common causes of female infertility.

PCOS affects the ovaries where estrogen and progesterone, both of which are vital regulators of the menstrual cycle, and small quantities of androgens are produced. Commonly, the syndrome disrupts ovulation and the proper functioning of the ovaries in general, and though there are a number of factors that play a critical role in the development or worsening of the syndrome, researchers are still unable to pinpoint the exact cause of the ailment.

Click here for A Complete Guide to Polycystic Ovary Syndrome

PCOS is common among women of child-bearing age and affects approximately 12 percent of women in the United States. Even as a fairly common occurrence among women, the condition is often misdiagnosed. Left undiagnosed, PCOS can lead to serious health concerns, not only in symptom discomfort but can have a domino effect and lead to additional health risks such as increased risk in cancers, acne scars, diabetes, heart disease and ovarian damage.

The Frustration of the Diagnosis Process

For some women, symptoms emerge shortly after menstruation begins, while others may not show signs of the disorder until later in life. In a majority of cases, women don’t receive a diagnosis until they are struggling to get pregnant. With PCOS, physical manifestations of the syndrome vary from one patient to the other, typically leading to a group of symptoms, making PCOS diagnosis challenging for some physicians.

Not only can PCOS be misdiagnosed, due to some of the features similar to hyperandrogenism, ovulatory dysfunction, and polycystic ovarian morphology some woman with conditions such as oligomenorrhoea and polyfollicular ovaries can be misdiagnosed as having PCOS when they do not. In addition, there are many conditions that can mimic the common symptoms of PCOS such as stress, hormonal contraceptives, obesity and thyroid disorders.

In addition, in some cases, physicians may fail to carry out the proper diagnostic tests or fail to recognize that PCOS has a broad impact on symptoms. For proper diagnosis it is important for physicians to simultaneously consider a number of factors, including symptom history, in connection to symptom timing and severity, blood test and ovary ultrasound results.

Due to its complexity and multitude of symptoms and risk factors, a delay or missed PCOS diagnosis can often be associated with inadequate awareness of the condition.

Studies also reveal that there may be a short supply of funding for PCOS studies and further research. For researchers who receive funding, a more significant amount of the resource is allocated to the infertility side of the disease, implying that the metabolic aspect of the condition is neglected, including the correlation to heart disease, diabetes and other health concerns.

A 2017 study in The Journal of Clinical Endocrinology & Metabolism looked at look at how many grants NIH awarded to PCOS, rheumatoid arthritis, lupus, and tuberculosis (the last three of which affect about as many, or less, people in the U.S. as PCOS. The study found that PCOS received the least amount of funding ($215.12 million) than the other conditions ($454.39 million for rheumatoid arthritis, $773.77 million for tuberculosis, and $609.52 million for lupus).

The Complexity of Finding Treatment Options

While there is no cure for PCOS, there are a variety of treatment options that can provide symptom relief, however for most women diagnosed with PCOS, they can relate to being told to lose weight, exercise more or merely take medications such as Metformin or hormonal birth control to solve their issues with PCOS symptoms. Similarly, many women with PCOS can attest that these measures are not applicable or effective. In some cases, the continued use of these recommended solutions can be due to lack of knowledge about additional treatment options, lack of available resources, or simply due to a lack of time or staff to analyze women’s specific PCOS condition.

While many professionals consider weight gain and obesity a key symptom, not all women are obese who experience PCOS, and the suggestion to merely lose weight is not an easy task.

According to a reproductive endocrinologist at Ronald Reagan UCLA Medical Center, Daniel Dumesic, “research shows that unlike most women, lean women with PCOS tend to burn protein instead of fat while they’re sleeping. This might explain one of the reasons why despite their best efforts, it’s much harder for women with PCOS to lose weight.”

Because of the complex nature of the condition and the multitude of biological systems and correlating symptoms, many women with PCOS are left to seek multiple professional opinions, do their own research on the topic and ultimately end up mixing and matching various medications, remedies and lifestyle changes to successfully alleviate their symptoms or improve their fertility.

Finding the Right Doctor to Help with PCOS 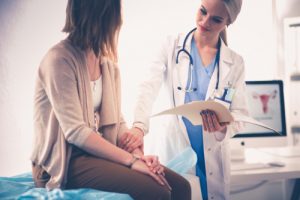 The complex adrenal, ovarian, pituitary, hypothalamic, and metabolic interactions of the syndrome may explain the delay in PCOS diagnosis due to a deficit in the specialists and researchers who overlap in these sectors. Thus, finding the right specialist is key to a proper diagnosis and specialized treatment plans.

A good place to start for concerns with PCOS is a general primary care physician (PCP) who can help evaluate your symptoms and work toward symptom treatment options and even recommend you to a specialist. If you don’t have a PCP or prefer to move the process along quicker, it is recommended for women to speak to their OB-GYN, as these professionals tend to be well-versed in women’s reproductive health, and can initiate diagnosis testing.

Ultimately the best doctor to see beyond a PCP or OB-GYN however, is an endocrinologist or reproductive endocrinologist, as these doctors have specialized training in hormone-related issues and can diagnose and help treat PCOS conditions, and ultimately aid in a successful pregnancy.

Click here to Find a Fertility Specialist Near You

For those women who have developed high cholesterol, high blood pressure or type 2 diabetes, a licensed dietician can be helpful with evaluating nutrient and dietary needs to create a PCOS-friendly diet that can alleviate symptoms and aid in overall health.

Due to the increased risk of mood disorders associated with PCOS, for those women suffering from increased rates of anxiety, depression or more severe psychiatric disorders such as bipolar or borderline personality disorders, it is advised to seek a psychologist or psychiatrist who specializes in hormone-influenced mood disorders to discuss issues you may be facing in life or unable to cope with due to your diagnosis.

A dermatologist may be the saving grace for some women with PCOS, as high androgen levels often associated with PCOS, can lead to severe acne and skin issues that aren’t easily influenced by over the counter products.

Until polycystic ovary syndrome is well-understood, it is advised that women should look to avoid modifiable risk factors, and serve as their own advocate when seeking proper PCOS help. Researching specialists, resources and available options that can best benefit their specific symptoms and PCOS situation can serve as the best option when looking for lasting solutions with this complex condition.