Home » Women With PCOS Have Higher Risk for Bipolar Disorder

A new study shows that women who have PCOS have a heightened risk of developing bipolar disorder. But why is the risk greater and can anything be done to prevent it?

Polycystic ovary syndrome is a condition that affects one in 10 women in the United States. It occurs most often during the childbearing years and it causes hormonal imbalances that affect metabolism and weight. It’s the number-one cause of infertility. Females who suffer from this condition know all too well the grasps of this disease. Consequently, a recent study from the Journal of Affective Disorders shows that these ladies are also at an increased risk for developing bipolar.

Is it possible that a hormonal imbalance can cause mental illness? Researchers say the threat is real.

Bipolar is a mental health problem that causes sudden fluctuations in people’s mood and overall energy. Their moods can cycle every 30 days, every two weeks or even more rapidly. It all depends on the person and the severity of the condition. Mania is a hallmark of this disease, including periods where an individual partakes in risky behavior or believes he or she is invincible. The euphoric highs don’t last as long as the other part of the condition—extreme depression.

It’s thought that more than 46 million people are affected by bipolar in the world and 48 percent of those people are females. In all areas around the globe, women are at a higher risk of developing this mental illness than males. Add PCOS to the mix and the chances are staggering. 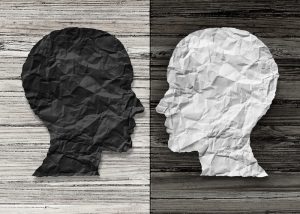 The National Health Insurance Program collected data from 2000 to 2012. The Taiwanese company analyzed the data of more than 7,100 women that suffered from PCOS. They compared it with the 28,000 females in the study who didn’t have this disease. Each lady was given a Charlson Comorbidity Index (CCI) score. They were also analyzed by age.

To further narrow down their research, the researchers placed the patients into three distinct categories based on treatment type:

The women in the group with PCOS have a higher risk of developing mental illness than the ladies without PCOS. When analyzing the data from the patients who used metformin over hormone therapy and doing nothing, it was found that these women fared better. Those who used hormone therapy saw a slightly reduced risk, but it was not significant enough to report as a preventive measure.

Can Metformin Help With Mental Illness

Metformin is a prescription medication that is commonly used to treat diabetes. It’s often prescribed to women who have PCOS because they are glucose-intolerant. It means that they have a pre-diabetic condition that has a significant potential of turning into full-blown diabetes. It’s known for helping ladies balance hormones that trigger an overproduction of glucose. However, researchers found that by balancing these hormones, this medication is doing more than just keeping diabetes at bay.

Doctors often use medications for conditions that are “off label.” Take, for instance, the disorder schizophrenia; it’s known that taking blood pressure pills or statins for cholesterol can reduce the disorder’s symptoms. However, doctors are branching out into uncharted waters and giving those with mental illness metformin. In bipolar disorder, the constant mood swings, from euphoria to depression, are exhausting. However, it’s been found that those who take this drug are less likely to be suicidal or participate in self-harming behaviors.

Women who deal with bipolar-induced PCOS must work closely with their mental health professionals. Adding metformin to their daily regimen can help lessen symptoms. If a woman is already taking this drug, an increase can calm symptoms. There are other medications as well as holistic treatments that can help soothe the rapid shifts of this mental illness.

However, one cannot forget that one of the greatest allies against PCOS is diet and exercise. Once the hormones are back in alignment, individuals typically see a shift in their mental clarity.