Home » Are Fertility Tests an Accurate Gauge of Your Biological Clock?

Women in their 30s and 40s, especially those who don’t already have a child, typically feel as though their biological clocks are running out. As a result, many decide to get fertility testing to determine if they are still fertile and capable of becoming pregnant. However, according to a recent study, women may want to skip the fertility testing.

Generally, fertility clinics use blood and urine tests to determine the number of eggs still remaining, as well as their quality. That information is then used to determine how women with fertility issues can be treated. A recent study that appeared in the October 2018 issue of The Journal of the American Medical Association found that these clinical tests can’t predict whether a woman in the later reproductive years of 35 and older will be able to conceive naturally. 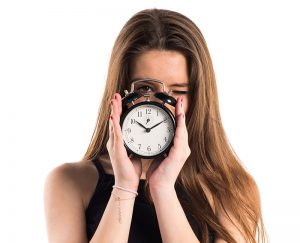 The study’s lead author, Dr. Anne Steiner, a professor of obstetrics and gynecology at the University of North Carolina, Chapel Hill, stated that she and her fellow researchers had hoped to see biomarkers that could predict a woman’s ability to get pregnant but that they didn’t find any. She said there is a huge interest in testing that could determine that information.

In general, women have more difficulty getting pregnant as they get older. Egg supply begins to decrease after the age of 35, and at the same time, the quality of eggs that remain begins to decline as well. Steiner explained that, as a result, women seek reassurance that they still have time to start a family, or they try to learn whether it’s a good idea for them to freeze their eggs for the future.

By a certain point, women begin to feel their biological clock ticking away. However, the exact age at which a woman can no longer conceive depends on the person and a number of other factors. According to the American Society for Reproductive Medicine, approximately one-third of couples will have trouble getting pregnant if the woman is 35 or older.

A woman having fewer eggs usually means she has low levels of anti-mullerian hormone (AMH) and high levels of follicle-stimulating hormone (FSH). Many women who have been told they have fewer eggs, also known as “low ovarian reserve,” tend to be more interested in having blood and urine tests performed during their annual checkups to monitor their fertility. There are also tests that can be purchased over the counter that check FSH.

According to Healthcare Bluebook, a company that tracks health care cost and quality, consumers spend more than $100 for FHS testing. That doesn’t even take into account how much patients pay for a doctor’s office visit. According to the company’s website, the average, fair price for this service is around $49. Steiner stated that blood collection and analysis can cost anywhere from $80 to $200. However, there are many do-it-yourself testing kits available for as low as $20. 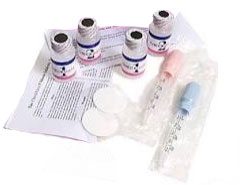 There is still the question of whether blood and urine tests can give information as to the window of time during which a woman can still conceive. Steiner and her fellow researchers studied a group of women between the ages of 30 to 44 to find out. The women had no known history or risk factors for infertility and were all at the start of trying to conceive. The researchers took blood and urine samples from them and kept in touch with them for a period of one year to see if any of the women had become pregnant.

Just as the researchers already knew, the women’s AMH levels decreased as they aged, while their FSH levels increased at the same time. However, regardless of age, women with low ovarian reserve ended up being just as likely to conceive as those who had normal egg values.

Thomas Price, an OB-GYN at Duke University and president for the Society for Reproductive Endocrinology and Fertility, stated that the tests are good at predicting the number of eggs a woman will produce with fertility drugs that are injected. At the same time, he added that the tests aren’t recommended as a predictor for natural pregnancies. He concluded that age should be the main driver for a woman’s biological clock.