Tracking your fertility, and more specifically, charting your menstrual cycle is an essential part of fertility planning. For some women, this can seem like an intimidating process and they aren’t sure where to start. But fear not: It isn’t as technical or complicated as it sounds. Below, find a fertility charting 101 crash course to help get you well on your way to successful conception!

Keeping Track of Your Cycle 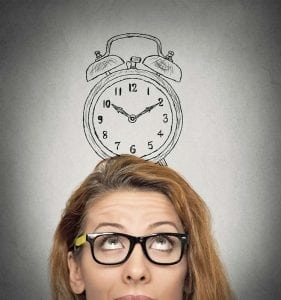 Keeping track of your period is the first and most uncomplicated step of your conception journey. Just write it down—really, that’s it! (Well, sort of.) It is important to know your cycle so you can estimate your ovulation date. There are specific calculations you can do to figure out your optimal days for conception, which can only occur during ovulation. Having sex during this time-frame gives you the best—really, the only—chance of becoming pregnant during any given month.

If keeping a written chart isn’t your cup of tea, a modern twist to family planning: smartphone apps and online tools now exist to help you mark your period each month and make basic fertility prediction calculations.

Another handy tool for helping track your cycle is using at-home ovulation tracking kits which can help determine exactly when you’ll be ovulating and allow you to maximize your chances at conception. For those unfamiliar with how these at-home ovulation kits work, the American Pregnancy Association website has a detailed article explaining what the kits test for (primarily a substance called LH, or luteinizing hormone) and what the results mean, as well as basic guidelines for when to begin using the tests during your cycle. In general, it is recommended that you monitor and evaluate vaginal discharge, and only test when there is thick cervical mucous present. If you have tested and have gotten a positive result indicating ovulation is imminent, time intercourse to occur several times over the three-day period following the positive result.

While charting a basic ovulation cycle is a given when it comes to fertility charting, some women and doctors swear by charting a woman’s basal body temperature (BBT) when she is trying to conceive, however the truth is it may not have all that big of an impact in terms of fertility charting. This is because the small changes in body temperature associated with ovulation actually occur only after ovulation, while the most fertile window in every month is made up of the two or three days immediately preceding ovulation and the day of ovulation itself, so getting a heads-up that you already ovulated isn’t as helpful as simply charting your periods or using an at-home ovulation kit, as discussed above. However, this is not to suggest that tracking your BBT is of no use if you are trying to conceive.

According to Parenting magazine, women with fertility concerns may want to carefully chart their basal body temperature with a special BBT thermometer designed to register the small, incremental changes in body temperature associated with ovulation to help rule out the chance that they aren’t ovulating at all, or to rule out a potentially serious illness called luteal phase defect, a condition related to hormone production that interferes with fertility.

If you have charted your period, tracked your basal body temperature and tried every ovulation kit on the market and are still not getting pregnant, it’s time to talk to your doctor about other options to help boost your fertility. However, it is important to keep in mind that it’s perfectly normal for a healthy couple to try to conceive for several months and even up to a year without success. Your doctor can determine if any delay in conception is just nature taking its sweet time, or something that may need to be addressed medically before you can expect to make progress in the baby-making department.