Home » The Impact of Antidepressants on Fertility 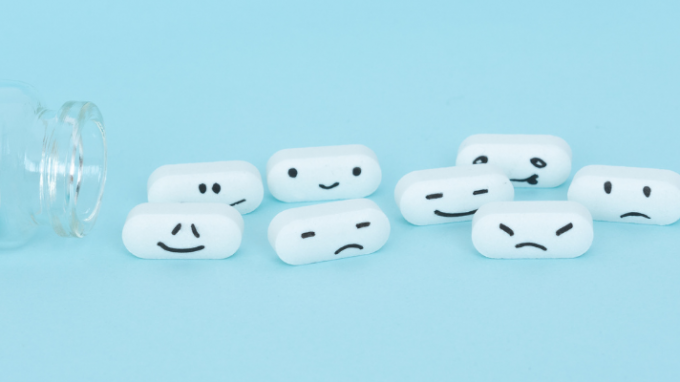 If you’re struggling with infertility, you should know that the struggle is not yours alone. According to a study published by the Centers for Disease Control and Prevention (CDC), a little over six million American women aged 15 to 44 are either incapable of getting pregnant or unable to carry their pregnancy to term. As far as men are concerned, their struggles with infertility are just as real and equally heartbreaking when they want nothing more than to relish in the joys of fatherhood.

In a separate study published by the National Institutes of Health (NIH), researchers found that nine percent of men who are of reproductive age struggle with fertility issues of some kind. Most reproductive endocrinologists agree that poor lifestyle habits and physical health problems can trigger infertility in both men and women. However, emerging data is showing that mental health disorders might also be a contributing factor.

In discussing the role of mental health disorders in the context of infertility, it is worth noting that mental illnesses alone generally do not cause male fertility problems. Instead, it is the class of medications prescribed to treat them, namely antidepressants, that may play a role. This is substantiated by reproductive endocrinologists who are well-versed in how these particular drugs affect reproductive health, not to mention numerous scientific studies. One study, in particular, published by ResearchGate, a social networking site for scientists and researchers, revealed that a specific class of antidepressants known as selective serotonin reuptake inhibitors (SSRIs) could be responsible for changes in semen characteristics and lower libido.

In essence, this means that men who take SSRIs, such as Celexa, Prozac, Lexapro and the like, are less interested in engaging in sexual activity. And when they do engage in intercourse, they often produce low-quality semen that prevents them from getting a woman pregnant. According to a study published in the International Journal of Urology, SSRIs can have the following effect on sperm:

Along with these sexual side effects, Celexa, Prozac, Lexapro and other commonly prescribed SSRI drugs can trigger ejaculation latency and erectile dysfunction (ED). As devastating as SSRIs are on male fertility, some might argue that the effect is even more profound on female fertility.

The Impact of Antidepressants on Female Fertility

While antidepressant drugs can be a godsend for women who are chronically depressed, they can also stamp out their dreams of motherhood. In a study published by the National Institutes of Health, researchers found that women who took SSRIs for six months or more were nearly three times more likely to struggle with infertility. It is also worth noting that those who, despite taking these medications, are fortunate enough to become pregnant sometimes encounter pregnancy complications. Some of these complications include an increased risk of suffering a miscarriage or premature birth.

Additionally, many women who suffer from chronic depression and are taking antidepressants struggle with low sex drive. When they do engage in sexual activity, many say it is not an enjoyable experience. In short, SSRIs and similar drugs combat feelings of depression by increasing serotonin levels in the brain, which promotes a sense of calm. However, in the process of doing so, they also wreak havoc on the body.

To further put this into perspective, we need only look to an article published by Healthline, a trusted online resource for health and wellness information. In short, SSRIs can cause women to experience vaginal dryness during sex and may even impede their ability to achieve an orgasm, the study found. A separate study published by Massachusetts General Hospital for Women’s Mental Health, revealed that these same medications could also reduce the chances of a woman’s conceiving via in-vitro fertilization (IVF), although the exact correlation was not clear.

In summary, taking antidepressant medications can potentially cause or exacerbate fertility issues among men and women alike. That being said, those who are currently on these medications and have tried unsuccessfully to conceive may want to consider discussing alternative treatments to combat depression with a licensed physician.