Home » Ovulation Without a Period: Is It Possible?

Most women have a regular menstrual cycle every month. At certain times during this cycle, a woman is able to conceive a child and become pregnant. During ovulation, a woman experiences her greatest chance of becoming pregnant.

However, sometimes these mechanisms function incorrectly, leaving a person unable to become pregnant. Medical advances have provided some improvements on fertility issues. Still, many wonder if they can still become pregnant when they do not get periods.

Ovulation is, simply stated, the release of an egg. It occurs at a specific time during the menstrual cycle. The first half of the cycle is referred to as the follicular phase, during which the follicle grows and matures the egg cell. Once the egg cell is ready to be released, luteinizing hormone levels spike, and the egg is released. From this point, the egg starts to travel toward the uterus. During this point, a woman is most likely to become pregnant.

It is possible for a woman to track approximately when she will ovulate. This involves spending some time studying her body. To know this, a woman will need to know when her period is going to begin and when it ends. At-home test kits can also help predict when a woman will ovulate. It is believed that a woman will ovulate 11- 21 days after her previous menstrual cycle. For those trying to become pregnant, tracking this is an incredibly powerful tool.

Can One Ovulate Without A Period? 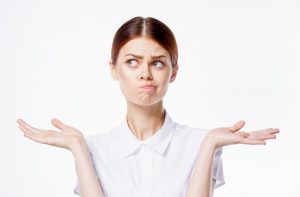 In short, a woman can ovulate and become pregnant without having a period. A woman’s period can stop for many reasons, including low body weight and perimenopause. This does not mean that ovulation has stopped. In fact, the opposite can also occur. Sometimes a woman will have a period without having ovulated, which is called an anovulatory cycle. Human physiology is a wild and variable thing, so it is hard to predict how exactly things will work on an individual basis.

Ovulating without a period can make it hard for those trying to conceive to track when they release an egg. Counting the days from period to period is one of the key features in determining the window of greatest probability of becoming pregnant, so this is somewhat challenging without additional guidance. There is certainly no reason to lose hope because there are still many options both medical and otherwise that can help one begin a family.

Although it is possible to ovulate without a period, a lack of period may be cause for concern. There is a range of reasons for a woman’s not having her period, some of which are normal and others that are not. If this becomes a pattern, one should consider a visit to the gynecologist just to make sure that something else more dangerous is not occurring. It is also important to keep in mind that a woman is probably not ovulating regularly if a period is not occurring regularly or at all.

Many women experience irregular cycles as a part of their natural physiology. A woman has a powerful influence over when she ovulates. Smoking can cause one to ovulate less often, obesity, illness, and stress can also influence this. To prevent these risk factors, a woman can become more conscious of her health and focus on making improvements. This will help lead to a more regular ovulatory cycle, and it will lead to a healthier life in general.

Human physiology can be a tricky thing, especially when looking at an individual, but it is not a total mystery. With some work, a woman can track when she ovulates, and she can even become pregnant without having a period because ovulation could still be occurring. If periods stop, a doctor’s help should be sought to rule out other medical concerns. Finally, a woman can increase her chances of ovulating by leading a healthy lifestyle with low stress. With the right amount of patience, work, and help, it is possible that fertility problems can be overcome.