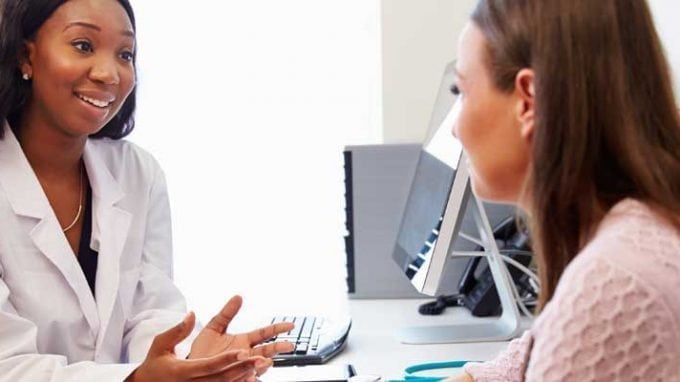 There are many reasons for female infertility. In about 30 percent of cases, a lack of ovulation (anovulation) is responsible for the inability to conceive.

An average menstrual cycle lasts 28 days. This refers to the time from the first day of menstruation up to one day before the next menstruation. While healthy women release one mature egg each month, women who suffer from anovulation do not ovulate. This excludes the possibility of a pregnancy. Amenorrhea—a missed menstrual period without additional symptoms—is a common sign of anovulation. But ovulation may also be absent if the menstrual cycle is merely irregular and can even be missing in a regular menstrual cycle. In some women, anovulation only occurs once, while others permanently struggle with this problem.

The causes of anovulation vary widely. For example, weight can play a role, especially if a lot of weight is gained or lost, but a high level of stress can also cause a female hormone imbalance. Eating disorders, polycystic ovary syndrome (PCOS), some chronic illnesses and certain medications (for example, opiates) can also disrupt the menstrual cycle.

Many women aren’t aware that they suffer from anovulation. Whether ovulation is occurring can be determined by regularly measuring the basal body temperature. Special tests to predict ovulation can also be used to detect anovulation. In addition, a doctor can determine whether ovulation is occurring via an ultrasound exam and blood test. In order to screen for hormonal disorders, a doctor will check all systems that play a role in hormone production, including the hypothalamus, pituitary gland, ovaries and other hormone-producing glands such as the adrenal glands and thyroid. Tracking of the menstrual cycle and a thorough gynecological examination may also be necessary.

Significant hormonal imbalances that can cause anovulation are based on a disrupted interaction between the hypothalamus, which releases GnRH, and the pituitary gland, which is responsible for the release of luteinizing hormone (LH) and follicle-stimulating hormone (FSH). Without the correct hormone indicators from the hypothalamus, the pituitary gland is unable to produce hormones. The result is an inadequate secretion of FSH and LH, which means the ovaries do not receive the signal to release mature oocytes. Drastic weight reduction, stress and excessive exercise can trigger such a disruption; in rare cases, tumors that damage the pituitary gland may also be responsible. Possible therapeutic measures include eliminating unhealthy habits and supplying GnRH (gonadotropin-releasing hormone) in order to restore normal hormone production.

Anovulation can also be caused by an early onset of menopause. Normally, menopause doesn’t begin until between 40 and 50 years of age, but in some women, menopause can manifest as early as their 20s. This phenomenon can be caused by genetic factors as well as certain autoimmune diseases. Successful treatment options include the administration of high doses of hormones as well as egg donation, though the latter is only legal in certain countries.

Hypothyroidism is another common cause of anovulation. The trigger is often a disruption in the interaction between the pituitary gland and the hypothalamus. Severe iodine deficiency or chronic thyroiditis can also cause hypothyroidism. More than 10 percent of women who are struggling with fertility problems suffer from mild hypothyroidism. In this case, an endocrinologist can help and they will try to compensate for the hormone deficiency by means of tablets or by administering iodine. 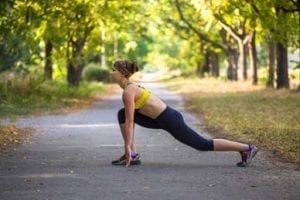 There are several measures you can take yourself to help regain a regular menstrual cycle:

Ensure that you’re eating a healthy diet that consists of organic whole foods, and avoid fried foods as well as foods that contain a lot of sugar.

Exercising regularly is a good way to help the body regain optimal functioning. With just 30 minutes of moderate exercise per day, you can not only achieve a healthy body weight, but reduce stress and keep your blood sugar levels in balance—important factors in a regular menstrual cycle.

These can be found everywhere in our environment and are often difficult to avoid. Still, there are several precautions you can take: Reduce your plastic use, chose natural beauty and cleaning products and stay away from areas with high levels of pollution.

There are a number of herbs that are known to promote a regular ovulation cycle. These include Vitex and Tribulus terrestris. There are also special herbal mixtures that can be used as supplements in two phases–some in the first half of the cycle, the others in the second. This is said to help the body establish a regular cycle again.

Women who suffer from anovulation still have a good chance of becoming pregnant. In about 85 percent of cases, this condition can be treated successfully.