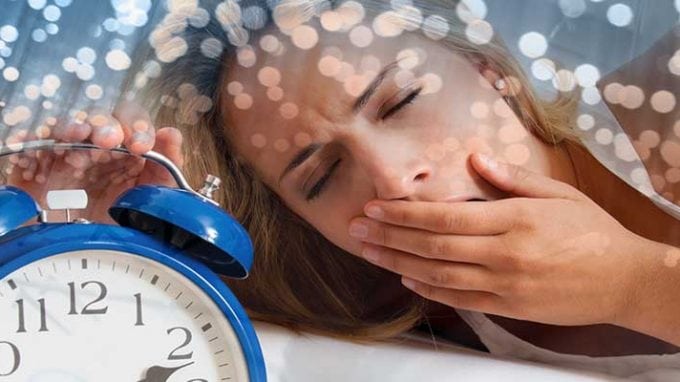 How Daily Rhythms Interfere with the Reproductive System

Understanding the relations between the circadian clock and the body’s reproductive system can help pinpoint certain activities or habits that may compromise fertility.

Many variables influence the productivity of a woman and the circadian cycle is cited as one of them. Human bodies are built to operate under the guidance of the natural sleep-wake cycle. A majority of biochemical functions such as hormone production, sleep and appetite depend on the circadian clock. When it gets dark, the body knows it’s time to shut down and slow down some processes such as metabolism. The manipulation of the 24-hour day/night cycle can affect the ability of eggs to develop into healthy embryos. Changing the environmental conditions forces the body to adapt to the shifts, which interfere with the menstruation cycle.

How Light and Darkness Influence Fertility 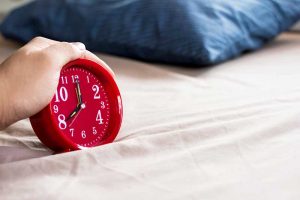 One study looked at how the different times of day affect productivity. After mating, a group of female mice was deprived of light while another one got six extra hours of daylight. Only 20 percent of the group without daylight had litters by the end of the experiment. Although some scientists don’t agree that the reproductive system of mice is similar to that of humans, such studies provide useful reference points because both human and mice have estrous cycles.

Activities that may Disrupt Daily Rhythms

Individuals who work night shifts suffer the biggest consequences of an interrupted sleep-wake cycle. The body is wired to operate a certain way during the day, forcing it to adapt to a new clock can cause problems with the reproductive system. Persons who work nights also experience poor quality sleep, which can mess with the ability to reproduce. According to the circadian clock, the body knows that it has to rest when it gets dark. Therefore, someone who has to sleep during daylight may not have the same standard of sleep because the body is not working normally.

Traveling is another activity that may interfere with the reproductive ability of a female. Crossing borders with different time zones forces the body to adapt to a new circadian cycle. As the body takes some time to readjust its internal clock, a woman may experience irregular menses or not get them at all. Even keeping the lights on for too long can have the same disruptive effects. Individuals who work late into the night interfere with the normal sleep cycle, hence putting pressure on the body.

Sleep disorders are some of the most popular causes of disruptions to the daily rhythms. Insomnia, restless leg syndrome and anxiety are a few of the conditions that make it hard for most people to get regular, quality sleep. An individual with a sleeping disease may only afford three to four hours of sleep, depending on how bad the situation is. Behavioral and environmental conditions can also cause sleep interruptions. In such instances, the body faces a lot of stress, which influences the menstrual cycle.

Given the body’s reliance on the circadian clock, it is not far-fetched that an interruption into the daily rhythms can interfere with the ability to reproduce. However, the female body is sensitive to many other influences around it that may have the same effect. A female nurse may have trouble with her estrous cycle because of the unsociable work hours, but she could also have hormonal imbalances that are not influenced by the circadian clock.

Physically demanding tasks are common causes of poor reproductive systems in women. Individuals who lift heavy objects may experience interrupted menstrual cycles due to the stress placed on the body. Mentally challenging activities such as college exams or difficult work projects can also complicate the ovulation cycle.

When the body’s internal clock aligns with the circadian rhythm, individuals experience good health. Any interruption to the sleep-wake cycle requires the body to readjust its functioning, which can mess with the ability to reproduce. Although a host of other elements may play a part, a woman suffering from poor fertility may want to evaluate her daily rhythms to ensure they are normal.