Immunological fertility problems are a result of stress, disorders such as Crohn’s disease, Lupus or an immune response to proteins in sperm. The immune cells attack the embryo, mistaking it for an invader, resulting in a miscarriage or an embryo’s inability to implant.

Some patients have come forward and requested that their immune system be checked as it might be the reason for their infertility if no other probable cause is known. This is something some reproductive endocrinologists likely don’t consider. 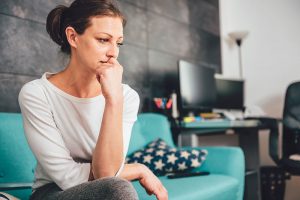 The immune system is a complex network that defends the body from infections. In people with immunological fertility problems, the body identifies the reproductive function as an enemy and as a defense mechanism, sends the natural-killer (NK) cells to attack it. If the immune system isn’t functioning correctly or if the genes from the parents passed to the embryo don’t communicate with the mother’s immune system, her body may mistake the embryo for an invader. The result is the failure of the embryo to implant, leading to a miscarriage or other conditions that affect the embryo or the mother during pregnancy.

Before going and having an immune-related infertility test, here are some factors to consider. Some of them include autoimmune disorders like fibromyalgia, chronic fatigue syndrome, lupus, and rheumatoid arthritis.

Other symptoms are insulin resistance and diabetes, family history of stroke and thyroid problems. Additional conditions include an unexplained infertility diagnosis, having endometriosis at stage one or two, blighted ovum, or cold-like symptoms after ovulation.

Whom to Visit for a Check-Up

A reproductive immunologist will determine if an immunological response is the cause of the miscarriages or the difficulty of carrying the baby to full term. They have the training and skills for this, unlike a reproductive endocrinologist, to whom most patients are referred by an OB-GYN if he or she cannot determine the cause of your fertility issues.

develop against the genetic material (DNA) of the embryo.

Signals between mother and embryo,

this happens when the mother’s body recognizes the embryo as a part of herself when it implants. The placenta carries nutrients and blood to the fetus. In this case, the vessels in the placenta clot and therefore starve the embryo of blood, vital nutrients, and oxygen. This is also known as antiphospholipid antibodies’ attack. A blood test helps to check for blood clotting.

Mother’s immune response to the embryo,

when the embryo secretes HLA and the mother’s immune cells don’t respond to the antigen, the mother’s cells will attack the embryo. The attack does not destroy the embryo, but it inactivates the DNA of the embryo, preventing cells from replicating and dividing. The embryo won’t grow, and as a result, it dies. To determine this, various blood tests can identify the malfunctioning immune cells.

are the immune system’s cells that are at times responsible for attacking a developing embryo, resulting in a miscarriage. Women who have had more than three failed IVF cycles have an increased chance of multiplied NK cells.

A test measures NK levels in the blood, and there are treatments to suppress their activity. But some doctors don’t opt for this as it is not clear that the NK cells in the blood attack the embryo or because the suppression of NK cells’ activity in the blood affects the chances of having a healthy pregnancy.