Male infertility can be a persistent and hard-to-treat problem. The inability to produce active sperm can happen for a number of different reasons. However, the recent discovery of a sperm-formation enzyme known as SK1 gives hope that researchers can find solutions for forms of infertility that have so far remained intractable.

Why Does Infertility Occur?

In short, there are many reasons for a man’s infertility. Infections like an STD or orchitis (infection of the testicles) can cause male infertility. Anabolic steroid abuse or chemotherapy drugs can also result in infertility. Exposure to toxic chemicals or high heat, such as in a sauna or extended bathing in a hot tub, can make sperm unable to fertilize eggs. Being severely overweight or underweight is another possible reason for a man to lose the ability to father children. Finally, genetic factors, such as Klinefelter’s syndrome, can play a role.

Techniques like in-vitro fertilization have helped many men father children. However, this therapy only works if a man has a low sperm count. If a man does not produce any viable sperm, this treatment is not effective. 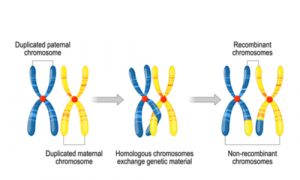 One of the stages of sperm-formation, meiosis, takes about 14 days in most men. Of those 14 days, six are spent in a stage called pachytene, in which chromosome pairs align with one another during meiosis to produce sperm. Penn School of Veterinary Medicine researchers discovered that a critical enzyme they call SPK1 is required to successfully complete pachytene.

The chromosome pairs prematurely separate if the cell lacks SPK1. Without it, the sperm formation process cannot advance to metaphase and sperm formations halts.

Who Can Benefit From SPK1?

SPK1 can help male infertility patients who produce sperm precursors (spermatogonia), but these precursors do not complete the process to produce fully functional sperm. This enzyme could open up infertility treatment to men who are currently unable to address their problems. These men are currently only able to seek donor sperm as a solution to infertility.

What Lines of Research Does SPK1 Open?

For men who produce spermatogonia but do not finish the process to produce viable sperm, SPK1 opens the door to perhaps extracting these spermatogonia from infertile men and then finishing sperm formation in a lab cell culture. SPK1 will allow researchers to study the entire pathway that helps chromosomes align during pachytene, including upstream and downstream interactions with other proteins.

SPK1 is not just involved with spermatogenesis. It also plays a role in cell division in all cells in the body. In particular, women need SPK1 to produce viable eggs.

While the discovery of SPK1 has opened new lines of inquiry into male infertility, it is but a step along that path. Even so, the possibility that it could help men who produce spermatogonia but cannot make functional sperm is a hopeful sign.