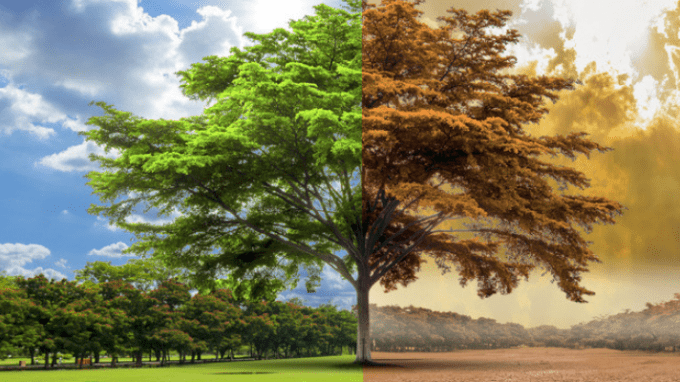 Sperm count in men is steadily decreasing, and a new study is blaming it on climate conditions such as global warming and rampant heatwaves.

The study conducted at the University of East Anglia in the U.K. found that heat shock of various kinds can in fact hamper sperm production in warm-blooded mammals, which can ultimately lead to infertility. While the new study has proven this clearly, past research makes these findings more pronounced.

It’s Not Just About Male Insects

The study was published in the November issue of Nature Communications and stated that temperatures ranging between nine and thirteen degrees above the average high for a five-day period would reduce sperm cell production and damage the overall reproduction mechanisms in male insects.

While these statistics were taken from subjects that were male but not human—beetles, to be exact—researchers in East Anglia have said that male insects could be used as a viable alternative and proxy to male humans.

They went on to say that beetles were in fact great test subjects, as they are the most common form of species on the planet; therefore, the findings on how climate change can affect male reproduction is more consistent and reliable.

The theory on human and beetle male reproductive output was further illustrated by researchers who cited a report made by the University of Rochester Medical Center, which proved that in order for testicles in male humans to make sperm, testicular temperature must be cooler than the internal temperature within the body.

They concluded that if the outside temperature were hotter than the body’s internal temperature, sperm production would definitely be compromised, which was shown in the case of the beetles.

While this most recent study sheds light on the impact of increasing temperatures across the globe and its impact on male fertility, the truth is that since the beginning of this century, many other studies have already proven the same findings but used mammals, humans specifically, as the test subjects.

The results of all this research show that environmental changes like heat waves, even when temperatures are higher by as little as three degrees, could indeed reduce sperm quality and the ability to fertilize the ovum.

The results of the turn of the century were extremely similar to the heat wave conditions (nine-to-thirteen-degree increase) that researchers at the University of East Anglia exposed the beetles to, so they make a good case for the theory that elevated environmental temperatures can affect warm-blooded and cold-blooded male species alike.

It was more disturbing in these findings that the offspring of many of the beetles and mammals who were exposed to excessive global warming conditions produced offspring with more fertility problems than subjects who were not exposed to such environmental conditions.

What is even worse is that the fertility situation in males looks like it will only continue to worsen as temperatures will likely increase in the years to come.

In a recent study published in the Journal of Science, researchers found that global temperatures have continued to steadily increase year after year; in particular, the summer months in North America continue to get hotter and come earlier each successive year.

How to Reduce the Impact of Rising Temperatures on Your Fertility 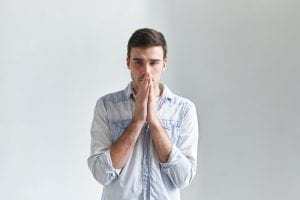 How can males, at least human males, protect the health of their sperm?

If hotter weather lowers sperm counts, the opposite must be true of cooler weather, right? This is not just a guess, as similar studies to those mentioned above have been done, focusing on the effects of cooler temperature on male fertility.

The research gathered through these studies showed that men generally had higher sperm counts and healthier sperm in the winter than in the summer. In fact, the male population that was studied was able to produce healthy sperm in the other cooler seasons as well, in spring and fall, when compared to their sperm production in the blistering summer heat.

One obvious fact that can be derived from these “cool-temperature” studies is that men must keep their testicles cool. While this is certainly easier to do in cooler countries and during winter, spring and fall, it is a bit more of a challenge during the summer months, which, as has been shown, continue to get hotter every year.

Here are some tips for men to combat the effect of rising global temperatures on their testicles’ function both now and in the future:

Rising global temperatures have a negative effect on male fertility, particularly sperm count and sperm malleability in both warm-blooded and cold-blooded animals.

Increasing heat waves and higher global temperatures, especially during the summer months, will continue to produce an even more pronounced effect on not only the human population but the animal kingdom as a whole—fewer bugs due to infertility means fewer mammals, as many warm-blooded animals feed on them.

As for the animal kingdom, this problem remains a quandary because researchers and scientists don’t have a viable solution for rising temperatures across the globe and their effects on fertility. However, human males can keep their sperm count healthy during hotter seasons by following some of the tips previously listed.