Fertility issues might precipitate prostate cancer. But what is the connection and how can the prostate effectively be protected?

Brief Overview of the Prostate

The prostate is a small gland located immediately in front of the rectum. This reproductive organ executes several important functions. First, it produces substances needed to create semen, which is the fluid containing sperm. Moreover, during intercourse and ejaculation, the gland contracts, thus enabling safe and expedient transport of semen through the reproductive tract.

This illness occurs when the organ’s cells experience abnormal growth. Typically, this form of cancer occurs in older men and precipitates physical manifestations, such as frequent urination, urination at night, erectile dysfunction, painful urination, pelvic pain and blood-tinged semen. The disease is highly treatable when found in its earliest stages but, if left unchecked, may spread to other bodily regions and prove much harder to corral.

The Connection Between Fertility Issues and Prostate Cancer

Recently, the results of a study conducted by a team of Swedish scientists showed that men who underwent fertility treatments were far more likely to experience more aggressive forms of prostate cancer.

Researchers representing the Lund University in the Scandinavian nation analyzed data compiled on more than 1.18 million children born over a two-decade period beginning 1994 to the same number of fathers. Of this group, a little more than 20,000, or about two percent of study participants fathered children through some type of fertility-enhancing process. The other roughly more than 1.14 million test subjects fathered children through intercourse.

Examinees who had partaken in fertility-stimulating methods developed prostate cancer at a rate of almost four-tenths of a percent, while those who conceived naturally were stricken with the malignancy at a rate of less than three-tenths of a percent. Moreover, subjects participating in fertility-enhancement methods were 86 percent more likely to be stricken with the disease prior to age 55.

Though researchers cannot definitively declare the cause for this anomaly, they suggest that abnormalities with the Y chromosome commonly witnessed with both infertility issues and prostate cancer could be the link. These scientists also stress that more research on the subject must be done before any significant declarations can be made. However, they stress that infertile men should at least keep these findings at the back of their mind and be extra vigilant if they have any other potential prostate cancer risk factors like a family history. 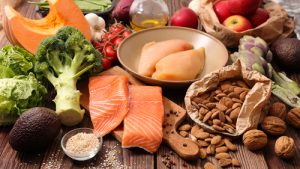 Some researchers believe that one’s risk of developing prostate cancer might be reduced by practicing prostate health-boosting tips:

Optimal prostate health could be improved by indulging in a diet high in produce and whole-grain foods, limiting one’s consumption of red meat and ingesting higher quantities of leaner meats like chicken.

Prostate health may be reduced through the continued ingestion of sugary drinks like soda and fruit juices. Most healthcare professionals suggest drinking more water.

Salt can have a negative effect on prostatic function. Therefore, foods containing the substance, such as canned, frozen and processed foods, should be avoided or consumed sparingly.

Several studies have shown that men who partake in regular fitness regimens might improve prostate health and reduce the risk of developing potential fertility-inhibiting problems like erectile dysfunction and nagging infections like prostatitis.

Fertility struggles might be overcome by eating a healthy diet and getting enough exercise. That said, the aim might also be attained by taking the following actions:

The bodies of individuals exposed to chronic or repeated levels of high tension secrete and release large concentrations of stress hormones, such as cortisol and adrenaline. Over time, these substances wreak havoc on the reproductive system. Moreover, these chemicals have a tendency to decrease the systemic concentrations and effectiveness of sexual hormones like testosterone.

Obesity is said to be a major underlying factor for fertility struggles. Ergo, shedding excess pounds might improve one’s chances of conceiving.