Testicular cancer and its causes

Testicular cancer is the most common cancer among young men in industrialized countries. In men between 25 and 45 years of age, this form of cancer is one of the most common forms resulting in malignant tumors. The gametes responsible for the production of male sperm are particularly affected by testicular cancer. In nearly all cases, malignant tumors in the testes develop from these gametes (germ cell tumors). According to researchers, the foundation for subsequent testicular cancer is already laid during embryonic development because the unborn baby can produce progenitor cells (defective germ cells), which may become cancerous later in life. Hereditary factors and so-called undescended testicles (a condition in which the testes do not descend into the scrotum) are additional risk factors.

US study finds correlation between cancer and male infertility 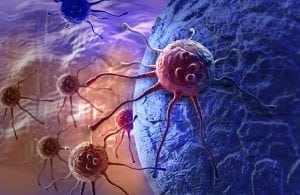 In a recent US study conducted by the American researcher Michael Eisenberg and his team at the Stanford University School of Medicine, the data of 76,000 infertile men and men with suspected infertility was collected. The average age of the men was 35. This group was compared with over 112,000 men who had undergone a vasectomy and a control group of approximately 760,000 men who were neither infertile nor sterilized. The alarming result: In contrast to the control group, men who were infertile had a nearly 50 percent greater risk of developing cancer, with the risk of developing testicular cancer in particular being 99 percent higher than in the control group. In addition, the probability of developing other forms of cancer, such as melanoma, prostate cancer, bladder cancer, Hodgkin’s and non-Hodgkin’s lymphoma and thyroid cancer, was significantly increased. Even men who had undergone a vasectomy exhibited a 22 percent higher risk of developing cancer than the control group. With this study, Eisenberg and his research colleagues determined that infertile men have a higher risk of developing testicular cancer as well as a greater likelihood of developing other cancers in the years following the infertility diagnosis—findings that are consistent with previous research.

Scientists aren’t quite clear yet about the way male infertility and increased cancer risk are related. According to Eisenberg, however, genetic predisposition and various lifestyle factors may also be responsible for the emergence of cancer to a certain degree. Underlying chronic diseases that haven’t been detected yet may also play a role. Because additional research is still needed to determine the exact relationships, Eisenberg recommends that men who are experiencing fertility problems regularly receive a thorough health checkup.