If you’re a man or woman struggling with infertility, you can take solace in knowing the struggle is not yours alone. And this is not intended to ease the grief that you might be feeling after trying and, sadly, repeatedly failing to bring a child into this world. According to a study published by the National Institutes of Health, an estimated 9% and 11% of men and women, respectively, in the U.S. who are of reproductive age struggle with infertility.

Causes of Male and Female Infertility

While being overweight, underweight, drinking excessive amounts of alcohol and struggling with an underlying medical condition are the most common causes of infertility, there are many more.

In women, for example, hormonal imbalances, abnormal menstrual cycles and being diagnosed with endometriosis are all things that can interfere with ovulation and ultimately give way to infertility. In men, hormonal imbalances can cause erectile dysfunction, low sperm count and poor sperm mobility, all of which can make them infertile. When men and women encounter fertility problems of any kind, most will undergo infertility treatments to help them realize their dreams of becoming parents. But, doing so, especially for women, often creates even more problems, say many reproductive endocrinologists.

Nearly all infertility treatments aimed at helping women and couples conceive may also increase the risk of pregnancy complications. In one study in particular, published by the National Institutes of Health, researchers found that when women became pregnant as a result of undergoing in vitro fertilization (IVF), for example, the risk of suffering the following pregnancy complications increased exponentially:

It is also worth noting that most women who conceive via IVF, intracytoplasmic sperm injection or another form of assisted reproductive technology (ART) will have to be induced when the time comes to give birth. Most will also have to undergo a Cesarean section (CS). 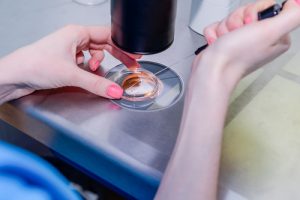 Whether it be in vitro fertilization, intracytoplasmic sperm injection or any other form of assisted reproductive technology, the American Heart Association is on board with the National Institutes of Health’s assertion that there are multiple risks associated with conceiving a baby in this way. And the organization noted in one of its studies that vascular complications are among those many risks. According to the study, pretty much all forms of assisted reproductive technology can lead to the development of heart arrhythmias in women, which can lead to any of the following:

Along with an increased risk of vascular complications and everything else mentioned thus far, women who undergo treatments to combat infertility might also be at risk of kidney failure. And this also applies to women who take oral fertility drugs, such as Clomid and Letrozole, for example. All infertility treatments, irrespective of how they are administered, work by stimulating a woman’s ovaries to produce more eggs, which improves her chances of conceiving and ultimately giving birth. At the same time, however, these same treatments can open the door to ovarian hyperstimulation syndrome (OHSS), a condition that causes blood clots and kidney failure. Fortunately, OHSS does not strike without warning. Some of the symptoms commonly associated with this medical condition include the following:

Multiple complications can arise from infertility treatments. But when things go according to plan, they can also bring a lot of joy into a woman’s life. That said, women who have their hearts set on infertility treatments are encouraged to speak with their physician regarding the kind of complications they might encounter and their chances of successfully conceiving a baby.