Assisted reproductive technology, a family of procedures popular among infertile women, could worsen the symptoms of multiple sclerosis.

Multiple sclerosis, if you aren’t already familiar with the health condition, is a disease that wreaks havoc on the body’s immune system. Symptoms of the disease, more commonly known as MS, include pain, depression, bowel and bladder control issues, numbness, tingling, poor vision, muscle tremors, muscle weakness, a general sense of feeling tired, and issues walking.

Fortunately for people who suffer from MS, the disease can go into hiding for lengths of time ranging from a few days to many years. Recent research suggests that women who suffer from multiple sclerosis and seek the help of assisted reproductive technology (ART) to increase their chances of carrying children could be at an increased risk of relapse of multiple sclerosis’ wide-ranging unpleasant symptoms.

What Is ART, Exactly?

ART refers to a number of medical treatments performed with the intention of improving a woman’s or a couple’s ability to conceive a baby, carry it to term, and successfully give birth to a child.  Different techniques can be used, depending on gender and problem.

Most couples, fortunately, are able to conceive, carry, and birth on their own. However, some of them struggle to have children. Since having and raising children is such a major goal for most adults, those who are struggling with the reproductive process often go to great lengths to even have a chance of having a baby.

How Does Multiple Sclerosis Get Along With Pregnancy and Conception? 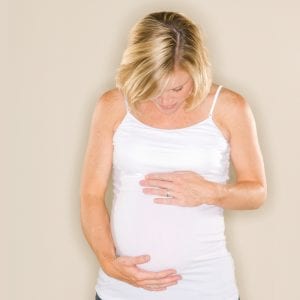 Believe it or not, even though the female body is pushed through a load of added responsibilities during pregnancy, pregnancy usually pushes most women’s multiple sclerosis symptoms back.

These symptoms generally become more predictable and stabilized, ultimately resulting in these women’s feeling better about their fight with MS. Further, the symptoms of MS in pregnant women usually become less severe according to the Multiple Sclerosis Association of America, the go-to organization when it comes to all things multiple sclerosis.

Unfortunately, MS-plagued women who get pregnant via the help of assisted reproductive technology are often left in worse shape as a result of the treatments.

In 2013, medical researchers from South America and Europe collectively looked over five studies regarding the use of ART by women diagnosed with multiple sclerosis.

The meta-analysis, published in the popular peer-reviewed journal Clinical Immunology, indicated that a large percentage of the MS-diagnosed women had experienced an increase in symptom severity shortly after giving birth.

In 2012, one of the studies included in the meta-analysis was published in the peer-reviewed publication Annals of Neurology, and it tracked 16 women who had been previously confirmed as having multiple sclerosis and 15 other women who had multiple sclerosis. The first cohort of women collectively went through 26 cycles of ART. The women in the second cohort did not boost their chances of pregnancy and conception via ART.

In fact 75 percent of women in the first group reported an increase in the severity of their symptoms of multiple sclerosis. Although the number of women involved in this study was small, experts still widely support its finding that ART isn’t good for women with MS.

Unfortunately, many women who suffer from multiple sclerosis who are interested in beefing up their chances of conception via ART simply aren’t aware that resorting to ART is likely to worsen their symptoms, make them last longer, or even cause them struggles as related to multiple sclerosis.

Experts believe that MS-diagnosed females who are considering ART should be informed of the potential risks of ART related to their multiple sclerosis. In order to enforce this rule, the experts think that governments around the globe should implement penalties for physicians who fail to inform their patients of such risks before going through with assisted reproductive technology procedures.