Home » How Screen Use at Night May Impact Sperm Quality 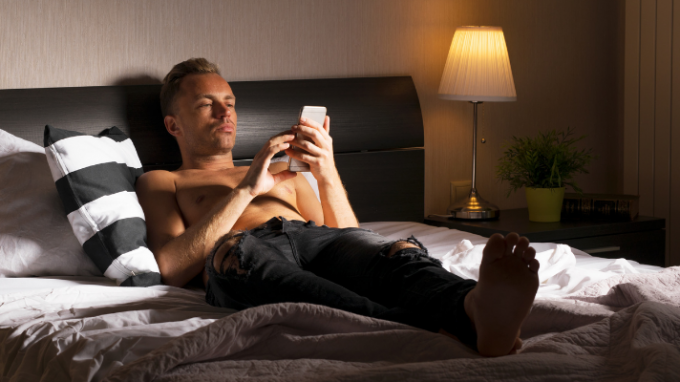 Studies show that men who use screens at night may be negatively affecting their sperm quality. This article explains how screens may be affecting your fertility.

Are you addicted to your phone, TV or laptop? If so, you’re not alone. According to Forbes, a recent experimental study reveals that a majority of people globally report using screens for an average of six hours and 59 minutes per day. While there are many benefits to screen use, there may be some downsides too, especially when it comes to quality of sperm. This blog post discusses six ways screen use affects the quality of sperm and overall fertility.

If you frequently use screens at night, you’re likely exposed to more artificial light than people who don’t. This extra exposure to light may be impacting your sperm. A hormone called melatonin helps regulate your sleep cycle by making you feel sleepy when it’s dark and awake when it’s light.

Artificial light, like the kind emitted by screens, can disrupt this process by tricking your brain into thinking it’s still daytime. This disruption can reduce melatonin levels and impact the quality of sperm. Findings in PubMed journal indicates that men who were exposed to more artificial light had significantly lower levels of melatonin and poorer quality sperm than those who weren’t.

Endocrine hormones, like testosterone, play a vital role in sperm production. Studies have found that exposure to artificial light at night can disrupt the production of these hormones, which can lead to lower quality of sperm. 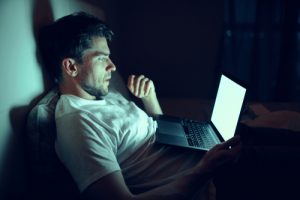 While you sleep, your body can effectively store sperm. This process is known as spermatogenesis and it’s essential for fertility. Studies have shown that exposure to artificial light at night can disrupt this process and prevent sperm from being stored properly, leading to degradation of sperm quality.

The light emitted by screens can also trigger the production of immature sperm. This type of sperm is more likely to have genetic defects that can impact fertility. As a result, men are advised to limit their screen time if they’re trying to conceive.

The majority of the studies conducted on the impact of artificial light on the quality of sperm have found that artificial light decreases the concentration of sperm. This means that there are fewer sperm in each ejaculate, which can make it more difficult to conceive. In a controlled clinical trial, severe degradation of the quality of sperm was observed in samples exposed to red and blue light compared to the sperms exposed to white light.

Although the study’s results are preliminary, they suggest that men may want to consider limiting their screen time before bed. The blue light emitted from screens can suppress melatonin production and disrupt circadian rhythms, both of which are important for healthy sperm production. If you’re trying to conceive, it might be a good idea to avoid all electronic screens for at least two hours before bedtime.