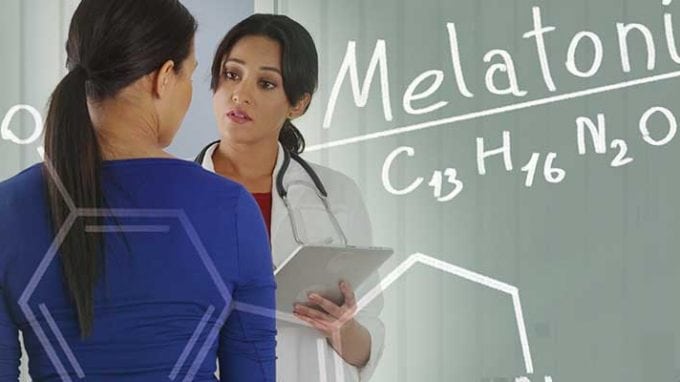 Studies have shown that having a healthy circadian rhythm is due in part to having adequate levels of melatonin in the body. For years, the advantages of this hormone in one’s sleep-wake cycle have been very well-known. Studies are now showing that it may also play a part in a helping women become pregnant, especially those struggling with infertility issues.

What is This Important Hormone?

The pineal gland is a small gland found in the brain that produces a hormone known as melatonin. This hormone is released in the body at night and is responsible for controlling a person’s sleep and wake cycles. While small amounts of it can be found in various food products, many people purchase it as a supplement to help them fall asleep and sleep restfully. It helps by playing a part in the natural circadian rhythm of the body and is also produced in babies as young as three months.

Not Just a Sleep Aid

While millions of people use this hormone as a sleep aid, a study conducted at the University of Texas Health Center has recently suggested that having healthy levels of this hormone is also necessary for optimum fertility. The eggs in a woman’s body are continuously exposed to free radicals, which can be the cause of DNA damage. Studies have shown that the hormone can actually act as an antioxidant in a woman’s ovaries and can not only remove the free radicals but also prevent cellular damage from occurring.

Since having a healthy production of eggs is the first crucial step to conception and for staying strong during pregnancy, a strong melatonin level is extremely important for women who may be struggling with infertility. Women who have poor egg quality often have problems becoming pregnant and carrying a healthy baby to term.

It is suggested that women who are trying to conceive make sure that they get at least eight hours of sleep at night in order to support their circadian rhythm and produce adequate levels of the hormone. The Journal of Medicine and Life has also concluded that the hormone is crucial to both embryonic and fetal development in the womb. The hormone can cross the placenta and can be detected in the amniotic fluid and the developing baby. This causes the developing fetus to form their own circadian rhythm from inside their mother’s body and plays a part in activating a number of important genes. These genes are crucial to proper development from the time of conception all the way through birth.

Hope for Infertility Problems in Women

The recent data concerning this hormone gives hope to women who have been struggling with infertility issues. Maintaining a healthy circadian rhythm can play an important part for women who are either trying to become pregnant or are already carrying a baby. While folic acid is one well-known supplement that pregnant mothers are asked to take, this hormone may also help women who are trying to conceive and may be part of a fertility plan in the near future.