Home » Getting Pregnant After 40 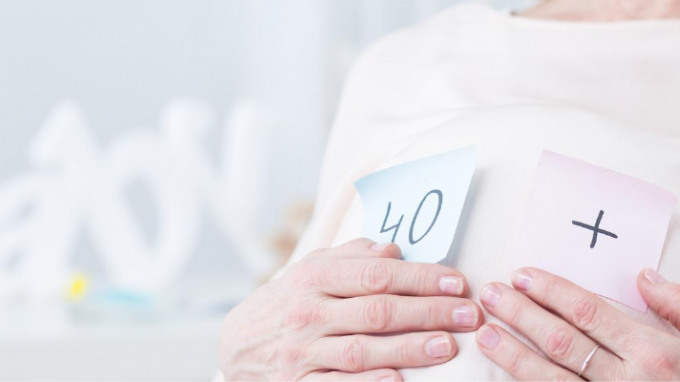 Becoming pregnant after 40 is often difficult, since many women approach perimenopause around this age.

Perimenopause is the time before menopause during which the female reproductive system declines in its ability to carry a child. The age at which perimenopause begins and how long it lasts can vary significantly from person to person. In light of the increased odds of complications occurring in a post-40 pregnancy, it is best to consult a medical professional if you intend to have a child at this age.

The Process of Menopause

To understand why getting pregnant after 40 carries greater risk, it is important to know why menopause occurs and the sequence of events that leads up to it. Throughout a woman’s life, she releases eggs from follicles in the ovary during ovulation each month. These follicles play an important role in releasing hormones that regulate the menstrual cycle. As the number of available follicles decreases, hormonal changes begin to occur that signal the approach of menopause—when menstruation has stopped for 12 months. These hormonal changes can produce symptoms that last for years until menopause finally occurs. This time period is called perimenopause.

The hormone progesterone functions to support the uterine wall, where the embryo implants to complete development. Without it, the uterine lining can shed prematurely, causing irregular bleeding throughout the month. This decreases the chance that a fertilized egg will remain in the uterus. In addition, eggs are becoming less abundant and of poorer quality. These phenomena are why conceiving becomes much more difficult during perimenopause. 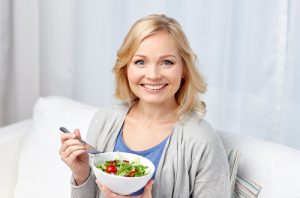 Increasing the Odds of Becoming Pregnant After 40

While having a child after 40 is often difficult and poses medical risks, there are many things that can be done to improve one’s chances of success. Living a healthy lifestyle can help to preserve reproductive health. Exercising and maintaining a balanced diet with key essential nutrients is important. Taking vitamins to supplement these nutrients, such as folic acid, may improve the chances of success. Similarly, unhealthy habits should be avoided.

There may also be options for medical intervention. In-vitro fertilization (IVF) is a common option. This involves fertilizing an egg outside of the uterus and then artificially implanting it. This process can bypass some of the physiological difficulties described previously and lead to better odds of successful development. The success rate of IVF can be improved if younger eggs had previously been frozen. Eggs from earlier in a woman’s reproductive life can be frozen and saved for future use. These eggs are more likely to be of higher quality and therefore implant successfully.

There are risks associated with getting pregnant after 40 that you should be aware of before deciding to proceed. There is a much higher chance that a child conceived after 40 will have Down’s syndrome. It is also more common for older pregnancies to end as miscarriages, or to be born via cesarean section due to risks to the mother’s health during delivery. As a result, it is advisable to consult your doctor if you want to try to conceive during perimenopause.