Home » Does Gluten Affect Your Fertility? 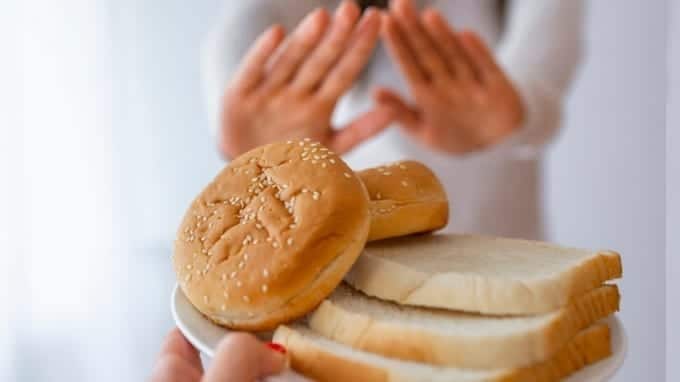 Are you struggling with fertility problems? Gluten might have something to do with it. You may think that it seems impossible to give up gluten, but it might be the missing link for why it is hard to get pregnant.

Gluten and its Impact on Your Health

Research has found that gluten can be blamed for many things, such as bipolar disorder and obesity. Many are now leading towards gluten also being the cause for some infertility issues. Gluten intolerance or undiagnosed celiac disease may be to blame.

There are three ways that gluten intolerance and sensitivity can interfere with fertility:

Why Gluten May be to Blame

A study on general reproductive health after starting a gluten-free diet found that after starting this diet, some participants began ovulation and conceived naturally that could not previously. The study found that some women who had been struggling to conceive for two – 11 years, finally conceived after two – nine months of a gluten free diet.

Studies have found those that suffer from non celiac disease gluten sensitivity share similar symptoms of celiac disease. If these are left untreated they can lead to a decreased fertility. Infertility is not only due to a malfunction or disease of the reproductive system. The body works as a whole and when one system is having issues it can impact other symptoms.

Those that suffer with thyroid issues may also have gluten to blame. A gluten free diet has been found to help normalize thyroid levels, alleviate symptoms, and potentially decrease the need for medication. Studies have shown a link between Hashimoto’s and gluten. The protein structure of gluten is similar to thyroid tissue and can cause the immune system to react. The immune system could then destroy the thyroid issue, when gluten is the actual problem. 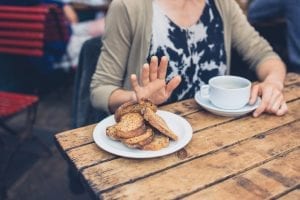 A study in Italy looked at 207 women suffering from severe endometriosis related pelvic pain. The women were put on a gluten-free diet for one year. After one year, 75 percent reported significant improvements within their painful symptoms. The remaining 25 percent did not report any improvements and none reported increased pain.

It is recommended that women suffering from PCOS focus on a low carb and low glycemic index diet. These types of diets reduce gluten greatly, but are not necessarily gluten free. Many women with PCOS struggle with insulin levels, following a gluten-free diet has been found to help stabilize blood sugar levels.

Celiac disease is an autoimmune disease where the small intestines are damaged by gluten. If left untreated, it can cause nutritional deficiencies and detrimental compromise a person’s health. Celiac affects one percent of the general population.

A recent study has found that women who struggle with infertility have more than triple the odds of having celiac disease as well. For those with unexplained infertility, their odds are six times higher. The data points towards gluten potentially impacting the opportunity to get pregnant.

Celiac disease is when the gut has an inflammatory reaction to gluten and makes antibodies to combat it. These antibodies can affect the way blood vessels form within the uterus and also are a risk to the placenta. Celiac disease can keep you from getting pregnant, but also poses a risk for a healthy pregnancy. Women with celiac disease have been found to be more at risk for endometriosis and polycystic ovary syndrome.

Celiac Disease more commonly affects women. However, seven percent of men suffering from celiac have been found to have hypogonadism. Hypogonadism is a known factor of male infertility. Men with undiagnosed celiac disease have a higher number of abnormal sperm cells, along with unbalanced hormone levels.

Studies have shown that those suffering from fertility problems that might be non-celiac disease gluten sensitivity could improve their fertility with a gluten-free diet.

If you have undiagnosed infertility or are struggling to conceive trying a gluten-free diet may be a great option. Whether you have celiac disease, gluten intolerance, or think you may be suffering from undiagnosed celiac disease, it is always wise to discuss your options with your doctor.