Home » Tips and Tricks to Increase Your Chances of Conceiving Twins

Twins are conceived naturally in approximately one out of 89 births. The odds that you’ll conceive twins are minimal under normal circumstances at best. Undergoing an IVF (In Vitro Fertilization) procedure or taking fertility medications can indeed boost your chances of getting pregnant with twins. However, there are some other things you can do as well to naturally increase your odds of conceiving twins.

Almost all twins are fraternal, which means they developed from two completely separate eggs. On the other hand, identical twins are much rarer and occur as a result of only one egg that splits sometime during the early stages of pregnancy. Identical twins are considered a rare stroke of luck whereas the conception of fraternal twins happens when two eggs release during ovulation and therefore have a greater chance of occurring than the other.

Increasing Your Odds of Having Twins 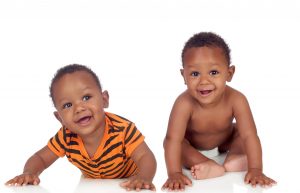 While it’s mostly out of your control, there are a few things you can do to enhance your chances of conceiving twins. For starters, does your family have a history of twins? If so, luck is on your side. If someone on either your father’s or mother’s side already had twins then your odds go up, especially if they were fraternal twins. If, however, your husband has a family history of twins, it won’t help you. The reason is because there could be a genetic factor that may potentially make you produce multiple eggs while you ovulate. Therefore, the “twin gene” could possibly be passed down from your mother or father to you. Identical twins are not considered to be hereditary in general.

Ways to Naturally Boost Your Odds of Conceiving Twins

Based on a recent study by renowned physician Dr. Gary Steinman at the Long Island Jewish Medical Center who studies multiple birth pregnancies in women, any woman who regularly consumes dairy products is five times more likely to get pregnant with twins than one who does not. The study looked at vegan women with women who ate a typical diet and vegetarian women who frequently ate dairy products. According to the study, vegan women were less likely to get pregnant with twins. However, it’s not exactly clear if eating dairy products boosts the odds of having twins or if drinking milk or consuming other dairy product from cows treated with growth hormone actually increases the odds of having twins.

Some studies have been done on the connection between conceiving twins and folic acid. One study in Australia discovered that women who consumed folic acid prior to getting pregnant had a higher chance of conceiving twins. According to the study, women may have a 40 percent or higher chance of having twins if they take folic acid while trying to conceive. However, other studies show contradictory results, which makes it difficult to say with certainty that folic acid can literally enhance your chances of having twins. Nonetheless, folic acid is known for preventing defects in the neural tube. Therefore, it’s still a good idea to take it whether you’re trying to conceive twins or not.

Get pregnant while taking the pill.

While birth control pills are generally effective at preventing pregnancies at a rate of 99.9 percent, that small .01 percent could result in twins. If the pill isn’t taken consistently, pregnancy can occur. Sometimes the hormonal combination of a certain type of drug just doesn’t supply enough coverage in order to totally prevent ovulation. In general, playing around with women’s hormones can result in hyperovulation, which increases the odds of conceiving multiples.

One study discovered that overweight women had a greater chance of conceiving twins. Also, women who were taller overall had better odds of having twins as well.

Keep breastfeeding your other children

If you’re breastfeeding your young child and want to conceive twins, it may be best to delay weaning them. According to one study on twins, women who breastfed while getting pregnant were nine times more likely to have twins than women who were not currently breastfeeding.

Today’s advances in reproductive technology have increased the rate of multiple births dramatically. Drugs that stimulate ovulation can result in multiple pregnancies. But, twins can also be a result of IVF as well. Aside from the fact that multiple embryos are implanted in the woman’s womb, there’s also the mysterious boost in how many monozygotic twins there are among IVF patients. Seek fertility assistance as a last resort. Countless people are wondering what it takes to conceive twins or even triplets. While conceiving multiples is often destiny, parents of multiples claim that ordinary factors enhanced their odds of getting pregnant with them. These suggestions are not actually based in scientific fact, but more rooted in personal experience and tradition overall. If you really want to have twins, give these tips a try. What do you have to lose?