Home » What Every Woman Should Know About Oligomenorrhea

This article explains everything you need to know about oligomenorrhea, its causes, symptoms, diagnosis and possible treatments.

Although the typical menstrual cycle lasts 28 days, 25 to 35 days is considered normal and small changes from month to month are common. Oligomenorrhea is when you have only four to nine periods annually due to 35 or more days elapsing between menstruation cycles. Oligomenorrhea can also manifest as lighter-than-normal periods.

Oligomenorrhea is a term used to describe intermittent menstrual cycles. Women with this condition have cycles that are irregular, and typically longer than the typical 28-day cycle. Menstrual cycles are regulated by hormones, meaning they are primarily controlled by the endocrine system. Any hormonal imbalance or abnormality in this system can lead to irregular ovulation, causing this condition.

Irregularities in the menstrual cycle are common, even if a woman simply misses a period or two. It is also normal for a woman’s menstrual cycle to vary throughout her lifetime. However, if periods suddenly change and do not return to what has been typical for most of one’s menstrual life, it is crucial to determine what has caused the shift.

Some of the most common symptoms of oligomenorrhea include: 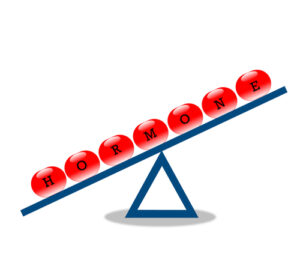 Following are some of the most common causes of oligomenorrhea:

Polycystic ovarian syndrome is a combination of hormonal, metabolic and reproductive issues in women. Women with PCOS have higher cortisol levels, which suppresses the ovulation process, leading to oligomenorrhea.

Stress hormones like cortisol can impact the reproductive system and cause a delay in ovulation. Women experiencing stress and depression are likely to have fewer menstrual cycles per year, longer cycles and reduced flow.

Pelvic inflammatory disease is a bacterial infection of the female reproductive organs resulting from untreated sexually transmitted infections (STIs). This infection can be a cause of menstrual irregularities. 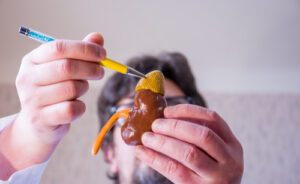 This is a genetic condition resulting in increased androgen production in the body. Androgens are sex hormones found in both men and women that are responsible for masculine traits as well as reproductive activity, including regulating the menstrual cycle. Higher levels of androgens in the body can cause menstrual irregularities, including oligomenorrhea.

Androgen-releasing tumors on the ovaries or adrenal glands can disrupt the menstrual cycle, creating symptoms similar to PCOS.

Too much exercise can overload your body, making it unable to engage in crucial routine bodily functions such as menstruation.

The first step in diagnosing oligomenorrhea is determining whether a woman’s periods have become infrequent or have stopped altogether. Doctors can do this by asking about current menstrual cycles and conducting blood tests that check hormone levels, blood sugar, ovulation and fertility. Other tests may include an ultrasound, an x-ray or a laparoscopy.

Treatment of oligomenorrhea depends on the cause but may include lifestyle changes, dietary adjustments and the use of medications. If you suffer from PCOS and have oligomenorrhea, you may treat it with lifestyle changes including having a healthy diet, getting enough exercise and limiting stress. You may also take certain medications to reduce the amount of androgen in the body or to treat hormonal imbalances.

It is common for menstruation to be infrequent, especially if a woman’s cycle is out of sync for one of any number of reasons. If a woman regularly goes for longer-than-normal periods without menstruating, it is recommended that she see a medical professional.

For women who are not menstruating within the normal 25- to 35-day timeframe, it can also be helpful to take note of other symptoms like unusual bleeding or discomfort in the abdomen. A healthcare provider can better identify the cause of menstrual irregularities and provide the care required if informed of any additional symptoms.