Home » The Role of Copper in Healthy Fertility

A number of vitamins and trace elements are essential for good health. This also includes copper. Copper is required by a variety of key systems in the body. Numerous enzymes necessary for reproduction, immunity and growth require this mineral. It is important for proper iron metabolism, connective tissue maintenance, skin and hair pigmentation, and many other functions. And: Copper is also said to have positive effect on fertility.

The Importance of Copper

Copper is found in the bones, muscles, liver and brain. From there it goes into the bloodstream. In particular, it is involved in cellular respiration and iron absorption, but it also performs many other tasks in the body. It is important that there is no copper deficiency or copper excess in the body in order to avoid health problems. Excess copper can lead to poisoning. A deficiency, in turn, is usually the result of certain diseases.

This includes e.g. the inherited disorder Morbus Wilson. Poor diet can also play a role. A high zinc intake over a long period of time can ensure that the body can no longer absorb copper. In general, however, a deficiency is very rare. If this happens, symptoms such as anemia, a weakened immune system, liver problems or increased cholesterol levels can occur. 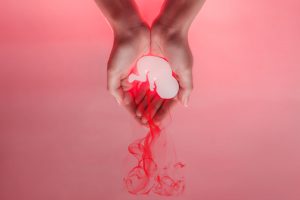 A copper deficiency can have negative impact on fertility. It is thought that low levels of copper alter enzyme systems involved in reproduction. The consequences can be lower conception rates, delayed puberty, low libido and poor sperm quality. This trace element is also important for babies in the womb. Children born to mothers who are copper deficient during pregnancy are at increased risk of poor immunity and reduced growth.

One of copper’s most important roles is the formation of the antioxidant superoxide dismutase, which has been shown to improve sperm formation and buoyancy. Superoxide has also been shown to protect the egg cell from free radical damage. Copper helps the body form red blood cells and ensures healthy nerve cells and a strong immune system. It also helps in the formation of collagen, an important component of the ova and endometrium.

Copper Deficiency can Lead to Miscarriage

Scientists from the University of Granada have found that low plasma levels of copper and zinc in pregnant women may be a factor associated with spontaneous miscarriage. The study compared the data from women who had suffered a miscarriage with that of a group of women with a normal course of pregnancy. The results demonstrated the existence of differences in maternal plasma concentrations of copper and zinc. This finding suggests that maternal deficiency of one or both trace elements may be associated with the occurrence of spontaneous abortion, opening new and interesting research directions in this previously unexplored area.

Implant Failure Due to Excess Copper

Other research suggests that high levels of copper may also be linked to embryo implantation failure. Deposits of copper ions in many organs have been reported in patients with untreated Wilson’s disease. Because these patients sometimes exhibit subfertility and/or early pregnancy loss, it has also been suggested that copper ions accumulate in the uterine endometrium. Thus, contraceptives containing copper can deposit copper ions in the endometrium, leading to implantation failure. To achieve live births, women with Wislon’s disease have been treated with D-penicillamine, which binds to copper, leading to its excretion in the urine. These findings suggest that copper ion deposition in the uterine endometrium leads to infertility and/or premature pregnancy loss.

Effects of Copper on Sperm

Copper also plays a very important role in terms of male fertility. It is an essential element for the production of male gametes. The important role of copper is also described in the processes of cell division. Both excess and deficiency of copper lead to a significant reduction in male fertility. This can lead to reduced sperm count, motility, vitality and morphology.

A blood test from your doctor can tell you whether your copper level is within the normal range. If you suffer from low values, you should support your copper intake with a healthy and balanced diet. Copper is found in certain foods such as offal, nuts, seafood and buckwheat. Whole grain and cocoa products are also rich in this important trace element. According to the German Society for Nutrition, adolescents and adults should consume around 1 to 1.5 milligrams of copper per day through food.