Home » The Impact of Phytoestrogens On Male Fertility

The world of modern medicine is a fascinating place. Every day new discoveries, techniques and technological innovations advance the art and science of the medical profession, and as a result, the human family flourishes. Even so, doctors are not supermen, nor is medicine infallible. While it’s true that many of the most profoundly deleterious medical conditions known to man have been cured entirely or had their effects circumvented, there are still problems and mysteries waiting to be solved. One such puzzle involves the possible links between phytoestrogens and infertility, particularly male infertility. To learn more about phytoestrogens and their role in male fertility, read on. 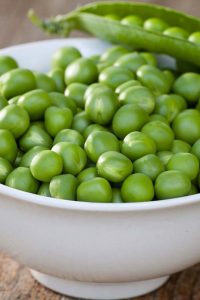 Phytoestrogens are naturally occurring chemical compounds found in a great variety of plants, both domestic and wild. They are the plant-based analog to various hormones present in the bodies of human or animals, and while they do offer some benefit when consumed in moderation—as shown by their presence in the diets of many cultures—if ingested in adequate quantities, phytoestrogens can cause various imbalances and related problems. For example, the chemicals spoken of in this post mimic several sub-types of the estrogen hormone, which plays a direct role in the human fertility cycle (as well as those of many animals).

The Negative Relationship Between Phytoestrogens and Male Fertility

The issue of male infertility is both a glaring medical conundrum and a thriving business. While various medical professionals and healthcare agencies strive to remedy the issue at its source, many commercial enterprises have sprung up to fill the gap until they succeed. The manufacturers of Viagra and Cialis are probably the most prominent examples of such corporations. However, the need for such medication isn’t accidental. In fact, it can be traced directly to the overconsumption (or improperly timed consumption) of phytoestrogens.
According to many sources in the anthropological, historical and medical communities, heavy doses of phytoestrogens have been used for the purposes of female contraception millennia. Is it any surprise, then, that the effects of these chemicals should endure, unchanged, into the modern age? When pregnant women eat a vast quantity of calories in an effort to sustain themselves and the child growing inside them, simple logic dictates that many of the foods eaten will contain phytoestrogens. When these hormone-mimicking compounds are taken in by a male child, a myriad of developmental issues can result. A brief cross-section of issues and problems can be found below.

A relatively unknown but devastating problem, TDS has a direct bearing on male fertility. Manifesting as a wide variety of mild to severe medical issues related to the testicular/penile anatomy and reproductive system, the consequences of contracting this syndrome are at once potent and durable—symptoms are almost always lifelong and keenly felt. They include some or all of the following:
* Smaller than average penis size
* Smaller than average and/or undescended testicles and related tissue problems
* Hypospadias (an abnormally / incorrectly located penile opening in male children)
* Abnormally low ejaculate (by volume)
* Diminished healthy sperm count
* Increased unhealthy sperm count (mutated, non-motile, and so forth)

Male fertility may sound like an issue that only affects one side of the population, but in truth, it’s a snowball of a problem that affects everyone. Phytoestrogens consumed by the parent generation cause a higher than average rate of male infertility, which gives rise to one or more subsequent generations in which the male population is skewed toward infertility. Left unchecked, this cycle continues until each new generation produces fewer and fewer males capable of normal reproductive behavior. Finally, the natural male to female ratio of the human species is itself thrown into imbalance, causing an even more profound and accelerated shift in proper, normal human demographics. At present, medications, surgery and other artificial male fertility aids have helped dampen the effects of undue phytochemical consumption, yet the relationship between phytoestrogen and male reproductive health remains unchanged. 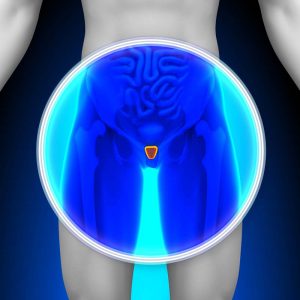 The prostate is an organ found exclusively in men, the design and function of which revolves around fertility. Up to one-third of the sperm/semen found per instance of ejaculation is estimated to have its origins in the prostate; the seminal fluids which protect the individual sperm against the hostile environment of the vagina are also produced by this organ. Overconsumption of various phytoestrogens can lead to the disease and deterioration of the prostate over time, which, of course, ultimately leads to male infertility (absent a prostate, the body cannot produce the fluids needed to transport and protect the individual sperm produced and housed in the testicles).

The Benefits of Phytoestrogens

Found in everything from staple crops like rice, apples and barley to processed foods such as coffee, beer and the multiplicity of premium soy products, there’s no way to avoid at least a moderate degree of phytoestrogen ingestion—and that’s okay. In fact, when handled responsibly, phytoestrogens can actually be of benefit to men and women alike. For example, current science links moderate intake of various phytoestrogens to a measure of protection against several cardiovascular and cerebral problems, including several cancers.

While moderate phytoestrogen consumption from both natural and artificial sources is a natural and even beneficial aspect of human diet, overindulgence can lead to severe issues related to male infertility. With this guide in hand, it should be much easier to begin making educated life/dietary choices.