Home » The Fertility Journey – It’s Not All About IVF

A great misconception about fertility treatment is that it’s frightfully expensive, invasive and difficult; and this leads to a lot of people being too scared to seek help. In reality, a lot of people having difficulty conceiving, can actually get help and get pregnant without IVF but they don’t know this or know what steps to take. Worryingly, a lot of patients also waste a lot of time as they pursue other pathways in lieu of actual fertility treatment which unfortunately for a lot of patients may not be effective. Here I will run you through some different fertility treatment options that your doctors may consider depending on your particular circumstances.

Tracking is an absolutely fantastic option for those of you that are not getting pregnant on your own and have not been diagnosed with fertility conditions such as blocked tubes or poor sperm. It involves attending your clinic or blood collection center regularly throughout your cycle for blood tests to check your levels of Estrogen, Luteinizing Hormone (LH) and Progesterone. If you are scared of needles and have a fear of blood tests, you may actually get used to it a lot quicker than you think.

For a lot of women, they actually do not ovulate at day 14 as many textbooks would have you believe and this might be the only thing standing in your way of getting pregnant. Some patients have actually admitted to only having sex on day 14 because that’s when they thought ovulation had to happen, and then find out they actually don’t ovulate until day 18 or later. 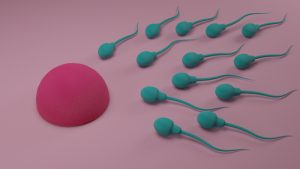 This is for women who do not ovulate on their own and it can be incorporated with hormonal tracking and timed intercourse. It involves taking medication in the first week of your cycle (for example day 2-6) and being regularly monitored for your response. Medications may be tablets for 5 days such as clomiphene or letrozole, which trick the pituitary gland into making more follicle stimulating hormone (FSH) or it may be FSH injections which stimulate more follicle growth, until the desired stimulation has been achieved. Sometimes, too many follicles grow and the cycle can get cancelled, or your body may not respond to the medication at all.

This is when you undergo a hormonal tracking cycle as above to check for when ovulation is approaching and this may be done with or without ovulation induction. You may have an ultrasound as your estrogen starts to peak, or several ultrasounds throughout. The ultrasound will check for number of follicles and the size and hopefully you have 1 (sometimes 2) big follicles growing. You may get cancelled if more than 2 follicles are growing to reduce your risk of multiples.

Once your hormone levels indicate ovulation is near, you will be told when to have intercourse. If your LH levels have not gone up on their own, you may be given a trigger injection and can expect ovulation between 24-36 hours later. You may be given progesterone supplements to insert daily over the next couple of weeks, and this will continue if you get pregnant.

The method of timed intercourse is more accurate than at-home ovulation test kits as it tests for estrogen, LH and progesterone, whereas the at-home kits only test for LH, (sometimes estrogen) and they don’t give a number value so they can be very hard to interpret. Some women with PCOS have high LH levels continually throughout their cycle and will often test positive on ovulation tests despite not actually ovulating.

Commonly referred to as IUI, this is done in conjunction with hormonal tracking. It can be done with donor sperm, partner sperm, fresh or frozen sperm and involves washing the sample to remove the sperm from the seminal fluid. This removes immotile sperm and leaves a clean supply of the best quality ones which are then placed right at the entrance to the cervix.

– for men with borderline sperm quality, the good ones get concentrated and can swim better when removed from the seminal plasma

– it is less invasive than IVF as egg collection and embryo transfer procedures are not required, and stimulation is less intensive

Your doctor may recommend limiting IUI to a few cycles as the success rate isn’t massively higher than natural conception, especially for older women. IUI is not recommended where sperm count or quality is very low, or where there is evidence of blocked tubes or severe endometriosis. 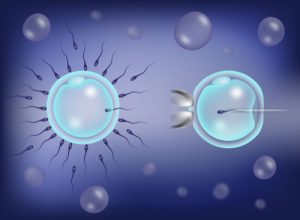 Finally, there are going to be some patients that will not have success with the aforementioned treatments or have been told they need to go straight to IVF/ICSI. These are the patients who:

Fortunately, IVF is not deemed as scary as it once was and there are many different streamlined, less invasive protocols which clinics can opt for. It has certainly come a long way since its introduction all those decades ago and newer technologies give you a greater chance than ever of finally getting pregnant.

Kristen is an Accredited Embryologist in Perth, Australia. Since doing her internship in 2009, she knew that her dream career would be in IVF as she had a few family members go through IVF prior to her internship and it seemed like a magical process to her as she was able to see them become successful. Kristen finished her Biomedical Science degree in 2010 and followed it up with a Master’s degree in Reproductive Medicine over 2012-2013 while searching for a job in IVF (which are very hard to come by!). She got her dream job at the start of 2014 and was excited to start helping families achieve their dream of having a baby. After going through her own struggles to conceive, she became passionate about educating others on the science behind fertility and fertility treatment to make it a more positive, less stressful experience.