Home » Understanding the Role of Progesterone in Female Fertility 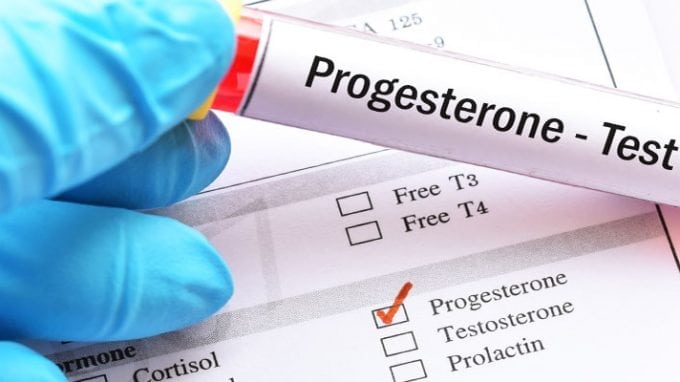 Progesterone is one of the most important hormones when it comes to a female’s fertility and a healthy pregnancy. Progesterone is a hormone that is created after ovulation within the female body. The main function that progesterone provides is to regulate the condition of the inner lining of the uterus. Progesterone helps to assure that the lining is maintained to be able to support a fertilized egg and to allow for implantation.

Progesterone and its Purpose

Progesterone is made from granulosa cells that surround the egg while it is developing in the ovary. These cells work to make up the cyst that holds the egg during development – also referred to as a follicle. Before a woman goes through ovulation, these cells produce estrogen. After the woman has ovulated, the cells then proceed to produce progesterone, as well. At this point in time the cells now produce more progesterone than estrogen. The cells will continue to produce these hormones until an egg has implanted. Once an egg has implanted, these hormones will help the body to receive and nourish the egg. Once this has occurred, the placenta also produces progesterone to maintain a healthy pregnancy.  However, if an egg does not implant, the cells will stop producing estrogen and progesterone after a few days to begin the breakdown of the uterine walls and for menstruation to begin.

Causes for High Levels of Progesterone in Women

High levels of progesterone can also be found in women who are approaching middle age and menopause. When a woman goes through menopause their estrogen levels can drop, which could cause progesterone level to rise.

Research shows that smoking and high levels of caffeine are two lifestyle factors that could also cause elevated levels of progesterone. Smoking has been known to prompt a rise in adrenal activity, which could result in the rise of hormones. Likewise, excessive caffeine intake can hinder the livers detoxifying capabilities. This could provoke progesterone levels to rise due to the hormone being improperly detoxified from the body.

Causes for Low Levels of Progesterone in Women 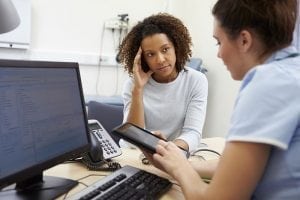 Research shows many women who suffer from Polycystic Ovary Syndrome (PCOS), suffer from low levels of progesterone. Women with PCOS develop a form of insulin resistance, which prompts the body to create more insulin in order to lower blood sugar levels. This increase results in a rise of androgens, such as testosterone. When the female body produces more androgens, it then produces less estrogen and progesterone.

High levels of stress can also be a cause for low progesterone levels in women. Stress triggers the body to produce cortisol and adrenaline, which in result lowers progesterone percentages.

The Meaning Behind Low or High Levels of Progesterone for Fertility

High levels of progesterone are a result of hormone imbalance within the body. When progesterone reaches high levels and you are not pregnant, there is a chance that it could actually act as a contraceptive. This could throw off other hormones within the body, making conception and fertility an issue.

Low levels of progesterone could result in menstrual disorders such as: heavy or light bleeding, irregular periods, or amenorrhoea (a lack of bleeding all together). These disorders could be the result of a failure to ovulate.  Progesterone is our bodies balance to the estrogen levels within our blood. Both of these hormones work together to help the female body ovulate and become pregnant. Having an imbalance of these hormones could also result in a miscarriage or early labour, once a woman is pregnant.