Ibuprofen is an over-the-counter painkiller that is used primarily for moderate pain and inflammation issues. For all of the benefits that ibuprofen provides, it does come with some side effects that are worthy of consideration. The potential side effects include nausea, vomiting, constipation, indigestion and abdominal pain.

It’s also worth noting that because ibuprofen is an NSAID (non-steroidal anti-inflammatory drug), doctors will tend to dissuade patients from using it if the patient has a heart condition, stomach ulcers or any type of liver disease.

In recent years, scientists and medical professionals have been investigating the effects of ibuprofen on the reproductive systems of both men and women. While initial testing has been done on a small scale, there is enough evidence to suggest the effects of ibuprofen do have an adverse effect on men and women and their fertility. In the two sections below, the information will focus on these potential issues.

The Effects of Ibuprofen on Women’s Fertility

For the longest time, scientists believed that ibuprofen was safe for women to take in the first and second trimesters of pregnancy for minor pain issues. However, recent studies have indicated that this belief might not necessarily be true. At issue is the possibility that the effects of ibuprofen are hurting the reproductive systems of fetuses in the seven to the twelve-week range.

After studying the ovaries of 185 female fetuses provided through legal abortions, researchers from the University of Rennes found surprising results. Of the 185 fetuses, some had been exposed to ibuprofen, and some had not. The ones that had been exposed showed a drastic loss of germ cells, which are responsible for the creation of egg cells in mature females. 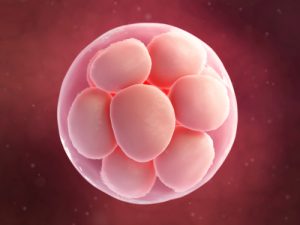 The most drastic effects were observed after seven days of treatment with ibuprofen. The number of egg cells was reduced by half, and the ovaries did not completely recover from the damage. In addition, the researchers found that ibuprofen can cross the placental barrier in the first trimester and enter the bloodstream of the unborn child.

Why does this matter? Females are born with a finite number of egg cells. If there is a loss of egg cell production, it could result in reproductive issues later in life. Premature menopause can also result. According to the researchers, the ovarian reserve is able to recover after the short-term use of ibuprofen. However, the damage caused by prolonged use is not completely reversible.

For the most part, the results are inconclusive. However, there is enough potential for problems that further studies should be seen as necessary.

The Effects of Ibuprofen on Men’s Fertility

Unfortunately, many things are affecting the ability of men to reproduce. These issues are arising because some men are living unhealthy lifestyles and are exposed to chemicals that are harming their bodies. Surprisingly, it looks like the effects of ibuprofen might also be contributing to fertility issues.

In a recent study of 31 healthy men aged 18 to 35 years, a controlled study was performed by scientists from the University of Copenhagen. Half of the men were given 600 mg of ibuprofen twice a day for six weeks. At the same time, the other half were given a placebo. Subsequently, blood tests were taken from all 31 men. Since this was a double-blind study, researchers did not know which men had been given ibuprofen.

In the men who had received ibuprofen, there was an adverse effect on the ratio of luteinizing hormone (LH). Luteinizing hormone regulates hormone production in the testicles. A lack of this hormone affects the secretion of testosterone, which could eventually affect the male’s ability to produce sperm cells later in life.

This condition is similar to hypogonadism. Hypogonadism is the interruption in the production of hormones that affect masculine growth. It’s a condition that is typically seen in older men and smokers.

Again, the results are considered inconclusive for a couple of reasons. First, the sample size was too small to qualify as a reliable study. Also, the amount of ibuprofen given to the male subjects was very high compared to how people normally use this painkiller.

However, there is enough evidence to suggest that further studies are needed. Given the popularity of ibuprofen as an over-the-counter painkiller, it’s incumbent on researchers to follow through on anything that might indicate this drug could cause problems with fertility.