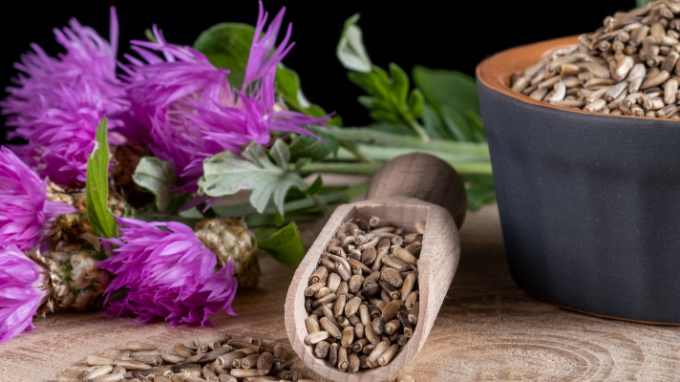 Fertility issues among both men and women are quite common. But there’s reason to believe that for those looking for a natural approach to improving fertility, milk thistle may be the fertility boost option couples are seeking.

According to the CDC, almost nine percent of men between the ages of 25 and 44 reported that they or their partners had sought medical fertility treatment at some point in their life. For many of those surveyed, the first step in the fertility treatment process included comprehensive testing for hormonal imbalances, and the reason is simple — hormones play a key role in both men and women’s fertility health.

When it comes to hormones, it doesn’t take much of an imbalance to cause problems. But early research suggests that milk thistle, an age-old herbal remedy, can aid in couples hormonal balance concerns and ultimately help improve fertility.

The Benefits of Milk Thistle 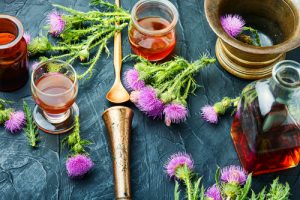 It’s important to note that it’s believed that Silymarin’s role in aiding with female infertility comes into play by the ability to restore estrogen levels into a healthy balance. In addition, it helps to restore the liver’s ability to filter excess hormones out of the bloodstream. Together, both effects aid in restoring hormonal balance and reestablishing normal reproductive function in women.

While hormonal balance is a key component when it comes to impacting fertility, another beneficial effect of milk thistle on fertility also has to do with its antioxidizing effects. A recent medical review found that Silymarin works to control oxidative stress, a common cause of infertility in men and women. This is achieved by scavenging free radicals and inhibiting the NF-kB protein complex, which can contribute to sperm cell death.

Because the research data on the effects of milk thistle on fertility is still preliminary, there’s no concrete data to indicate how best to use the herbal remedy for that specific purpose. In general, homeopathic medicine practitioners call for a dose of 420 mg/day of milk thistle extract (containing 70 percent to 80 percent of Silymarin) thrice daily for six to eight weeks. This regimen is believed to bring the most immediate effects and is typically followed by an ongoing maintenance dose of 280 mg/day thereafter, however dosage can vary depending on a couple’s individual needs and the form in which it is obtained (i.e. herbal tea, singular supplemental capsule, added ingredient in fertility supplement blends, etc.)

In the proper dosage, milk thistle extract is considered safe for human consumption. But there are some potential side effects to watch out for. In many cases, some individuals find that milk thistle has a laxative effect, though it is normally manageable. In rare cases, it may cause gastrointestinal distress, nausea, bloating, indigestion, and loss of appetite. In those cases, its use should be discontinued immediately.

Safety Precautions for Milk Thistle Use

Since milk thistle has a variety of effects on the human body, there are certain situations where it may be contraindicated. It may cause allergic reactions in people with known allergies to ragweed and related plant species. Due to its effect on lowering blood sugar levels, its use by diabetics requires adequate monitoring and consultation with a medical professional.

In addition, milk thistle’s phytoestrogenic effects may have undesirable effects on patients suffering from uterine, breast, or ovarian cancers, as well as those with endometriosis or uterine fibroids. In all cases, it’s best to consult with a doctor before beginning a new regimen of milk thistle supplements.

For anyone suffering from fertility issues, finding solutions is often a top priority. And there’s plenty of evidence to suggest that milk thistle supplements can aid them. And as long as it’s taken in the right dosage with proper precautions, there’s very little chance of it doing any harm. So, the bottom line is that any man or woman experiencing infertility may be well served by considering it as a possible solution to their problem.