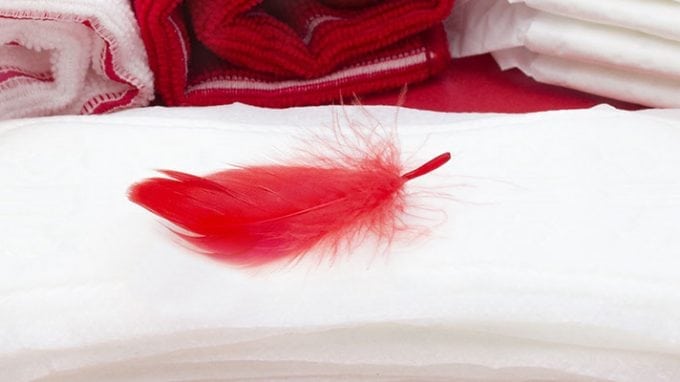 You and your significant other have been trying earnestly for a baby. Yet, you are uncertain as to whether you succeeded in conception or not. Bleeding after conception is one of the earliest indicators of pregnancy. While some women may mistake bleeding from implantation for menstruation or vice versa, the two are distinctly different. Learn what causes implantation bleeding and how to distinguish it from other blood flow.

How and Why It Occurs

Implantation bleeding results after the fertilized egg travels from the fallopian tubes to the uterus an implants there. This journey causes some blood vessels to deteriorate, according to OB-GYN Yen Tran. You can expect to see bleeding from implantation 10 to 14 days after conception.

Noticing blood in your panties is a sign that a sperm has successfully fertilized an egg, which forms an embryo. Only 20 to 40% of women will experience bleeding after conception. Since every pregnancy is unique, it is important to know that because you experience bleeding in one pregnancy does not indicate if you will bleed in future pregnancies.

Is it Implantation Bleeding or Something Else?

Menstrual blood is typically a bright red color. In contrast, bleeding from conception has a pinkish or rusty, brownish color with a much lighter flow for only one to three days. A panty liner should be enough to absorb the discharged blood. The flow is so light, in fact, the panty liner should not have to be changed.

If you notice blood flow more than two months after your last period, it is unlikely the bleeding resulted from implantation.

Other Types of Blood

A miscarriage or ectopic pregnancy may cause heavy bleeding or blood clots. A miscarriage is the unintended end of a pregnancy before 20 weeks of growth. Ectopic pregnancies occur when the embryo is developing in the fallopian tube instead of the uterus. Molar pregnancies, which involve an abnormal development of the placenta, may cause bleeding as well. Some women occasionally experience bleeding that has no known cause. However, the pregnancy will usually continue.

Natural changes in the cervix that happen during pregnancy make it more prone to bleeding, especially after sex. Another condition, placental abruption, may cause bleeding as the placenta comes away from the uterine wall.

Should I Get Medical Help?

The bleeding following conception should not require any medical treatment. Expect to feel mild cramping. This is a sign that the egg has implanted, and the uterus is undergoing changes to maintain the growing embryo.

You should seek medical attention, however, if the flow becomes heavier than a normal period. Likewise, seek medical help if you experience chills, fever or severe cramps.

How Can I Be Sure?

So, you have a light, spotty flow, but you want to be certain it is indeed bleeding from implantation. Luckily, there are some other indicators to help you know if you are pregnant. Bleeding from conception typically occurs around the time you would expect to receive your cycle. Additionally, you may experience early pregnancy symptoms such as fatigue, nausea or vomiting, and frequent urination. Menstruation sets in about two weeks after ovulation. If bleeding occurs earlierer in the cycle, it is usually implantation bleeding.

It is a great idea to take a pregnancy test if you have light bleeding and any number of early pregnancy symptoms. Wait a few days after the bleeding stops to take a home pregnancy test. If you’re still uncertain, speak to your OB-GYN to confirm the pregnancy with an ultrasound or bloodwork. Moreover, an ultrasound will allow your physician to tell you the age of the fetus.