Home » Factors Which Influence the Development of the Embryo

The fusion of sperm and egg cell is the first step in a long process before a fully developed human sees the light of day. The fertilization of the egg cell is only the beginning. Several steps have to be taken before an embryo develops from this, which survives the nine months of pregnancy and is born healthy. But what exactly happens and what factors affect the development of the embryo?

The Miracle of Life 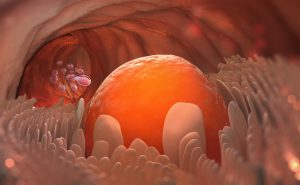 Within 24 hours of fertilization, the egg starts dividing rapidly into many cells. It remains in the fallopian tube for about three days after conception. Then the fertilized egg (now called a blastocyte) continues to divide as it slowly travels down the fallopian tube and into the uterus. Once there, its next task is to attach itself to the uterine lining. This process is called implantation. Before implantation, however, the blastocyte breaks out of its protective cover. When the blastocysts come in contact with the endometrium, the two hormones exchange to aid in blastocytic attachment.

Some women notice spotting (light bleeding) during the day or two that the implantation takes place. At this point, the endometrium thickens and the cervix becomes closed with a mucus plug. Finally, within three weeks, the blastocytes form a globule, an embryo. At this point, the first nerve cells have formed. Your developing fetus has already undergone some name changes in the first few weeks of pregnancy. In general, from conception to the eighth week of development, it is called an embryo. After the eighth week, it is called a fetus until it is born.

Why Many Embryos Do Not Develop Properly

In humans, a fertilized egg is no guarantee of reproductive success. Most embryos stop developing and die within days of fertilization, usually because they have an abnormal number of chromosomes. Researchers at Columbia University’s Vagelos College of Physicians and Surgeons have found that most of these errors are due to spontaneous errors in DNA replication in the earliest stages of cell division. These findings provide new insights into the basic biology of human reproduction and could lead to improvements in the success rate of in vitro fertilization (IVF) in the long term. Spontaneous DNA errors can occur as early as the first cycle of cell division in human embryos, the researchers found, as well as in subsequent cell divisions.

If too many cells in the early embryo are affected by chromosomal abnormalities, the embryo cannot develop further. This inefficiency in human development is an obstacle to successful fertility treatments. Many women undergoing fertility treatment require multiple IVF cycles to conceive and some do not conceive at all. Researchers plan additional studies looking at DNA damage during replication in hopes of understanding normal and disease-causing variations in the human germline. In the long term, these studies may lead to methods to reduce the risk of genetic abnormalities and embryo wear for patients undergoing IVF.

The Role of Genes

Scientists have long been concerned with the factors involved in the development of the embryo. For example, one study identified a gene that plays an important role in a biological pathway involved in embryonic development. The gene’s effects at the cellular level could explain why some babies are born with physical abnormalities and why some adults develop diseases such as cancer.

Human embryos develop through numerous and complex cellular processes. Chemical reactions known as “signaling pathways” activate molecules in a cell to control its functions. As part of their investigation, the researchers wanted to better understand the so-called hedgehog signaling pathway, which regulates the growth of the human embryo but is also active in adulthood. They discovered that one gene, Cnpy4, can affect a cell’s ability to execute hedgehog signaling.

The researchers observed that embryos from laboratory mice with a mutation in the Cnpy4 gene were born with polydactyly, a birth defect with extra fingers or toes. Previous studies have shown that changes in hedgehog signaling can cause these birth defects. The experts conclude that the development of drugs that affect the function of the Cnpy4 gene could offer potential new treatment options for diseases, including cancer.

The team discovered that the Cnpy4 gene affects lipid levels on the cell membrane, or the area that separates the inside of the cell from its outside environment. The changes in lipid levels affect an important protein called Smoothened, which is a key part of hedgehog signaling. Mice lacking Cnpy4 had increased levels of accessible cholesterol on their cell membranes, which resulted in Smoothened signaling more strongly. This led to hyperactivity of the signaling pathway and the uncontrolled generation of new cells.

The Influence of Nicotine on Embryo Development 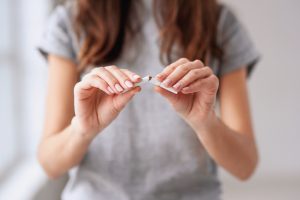 Maternal smoking during pregnancy is an established risk factor for birth defects such as miscarriage, stunted growth and premature birth. It is closely associated with long-term adverse neurological, cardiovascular, respiratory, endocrine, and metabolic consequences in the offspring. Smoking immediately before and after conception also results in smaller fetuses at the 20-week ultrasound and lower birth weight.

A study published in Human Reproduction, one of the world’s leading reproductive medicine journals, looked at 689 women, each pregnant with one child, between 2010 and 2018. The researchers found that embryonic development reversed around the tenth week of pregnancy by almost a day in women who smoked ten or more cigarettes a day compared to non-smokers, and by 1.6 days in smokers who became pregnant via in vitro fertilization (IVF) and intracytoplasmic sperm injection (ICSI). They also found that embryos did not “catch up” on their development during pregnancy and were born small for gestational age and with a mean (average) birth weight 93 grams lower than babies born to non-smokers.

According to the researchers, the impact of periconceptional maternal smoking on delaying embryonic development appears to have a greater effect in the second trimester of pregnancy than at birth. The results of this study emphasize the importance of stopping smoking before conception, as it has been shown that the more cigarettes a woman smoked, the greater the development delay.

A great deal of research has elucidated the negative effects of nicotine in animals, mainly in rodent models. Animal studies have shown that exposure to nicotine during pregnancy has adverse effects on fetal development. Recent research used single-cell RNA sequencing to analyze the effects of 21-day nicotine exposure on the transcriptomes of a total of 12,500 cells generated from hESC-derived embryonic bodies, which are 3D aggregates of different species of pluripotent cells that give rise to the brain, heart, liver, blood vessels, muscles and other organs. They found that cell survival decreased, suggesting that nicotine can affect the development of the embryo as early as the preimplantation stage.

Obesity in the Mother Affects the Development of the Embryo

Another factor that might play a role in embryonic development is maternal obesity. Research found that embryos from bovine eggs exposed to high levels of fatty acids had fewer cells, altered gene expression and altered metabolic activity, all indicators of reduced viability. Even though the studies were carried out using cow eggs, the results provide important clues and show why women suffering from metabolic disorders such as obesity and diabetes often have difficulties to get pregnant.

Patients in this group tend to metabolize more of their stored fat, resulting in more fatty acids present in the ovaries, which research has shown to be toxic to the growing oocytes even before ovulation, and negatively impact a surviving embryo. The embryos would also show increased expression of specific genes associated with cellular stress. This research underscores the importance of maintaining a healthy weight in women before pregnancy.