Home » Everything You Should Know About Ovarian Suppression

When it comes to a medical therapy, a lot of factors can run through your mind about your future plans, and among them, the ability to preserve your fertility and conceive a baby might be one of them. With this thought in mind, the process of ovarian suppression is two-fold. Not only is this therapy a helpful and essential component in the in-vitro fertilization (IVF) process, it is also an important component when it comes to cancer treatment plans.

Whether you’re looking into the IVF process or were recently delivered a cancer diagnosis, this guide will help you understand the risks and benefits of ovarian suppression therapy, when it’s used and what to expect from the therapy.

What Is Ovarian Suppression and When is it Used

Ovarian suppression is nothing new in the world of medicine as it was the first systemic treatment used for women with advanced breast cancer over 100 years ago. In regards to a cancer diagnosis, this treatment is a therapy given to premenopausal women to help them preserve their fertility and aid in overall management during cancer treatments, specifically breast cancers that are estrogen-receptor positive, and in some cases, it is also used to attempt to preserve fertility in women undergoing chemotherapy. The significance of using this therapy for women with breast cancer is that as the ovaries continue to manufacture estrogen, the estrogen, in turn, acts as a fuel for breast cancer tumors. Thus, suppressing the ovaries from functioning normally and stopping estrogen production can help reduce the risk or recurrence of early-stage breast cancer, aid in hormonal therapy treatment and potentially offer some protection against the damaging effects of chemotherapy on fertility. 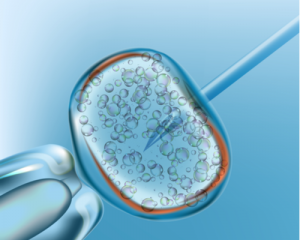 During IVF treatment, hormone levels play an important role, and the first step of the IVF process is suppression. By suppressing to ovaries, doctors can help synchronize the eggs to result in even, mature rates during stimulation.

The Process of Ovarian Suppression

Ovarian suppression can be done in a number of ways; via surgery to remove the ovaries, or radiation ablation making it a permanent suppression, or with the use of medications for temporary suppression.

Ovarian suppression has been successfully used in IVF ovarian stimulation protocols for over 30 years, and several medications can be used during the process: Lupron, Zoladex or Cetrotide, to name a few common ones.

Lupron is a gonadotropin-releasing hormone antagonist (GnRH or LHRHa). The medication is given as a shot, and ovarian suppression can occur within 24-hours after the first injection. Cetrotide (a GnRH agonist) and Zoladex stop ovarian function by suppressing ovarian estrogen production, ultimately stopping ovarian follicle development.

In addition, hormonal contraceptives are most commonly used for ovarian suppression during ovarian stimulation protocols. And like many naturally occurring processes, ovarian suppression can also occur organically, during menopause (a natural ovarian inhibition) when estrogen levels drop below 30 picograms per milliliter.

As the IVF cycle usually begins with a woman’s period, hormone tests are typically performed during the first few days of a woman’s cycle and in most cases, birth control pills or any of the above medications are prescribed to help suppress ovarian hormones, prevent ovulation, and prevent premature release of the eggs.

While ovarian stimulation protocols are often very uncomfortable for women, suppression is not always a walk in the park either, as hormonal fluctuations and drops can create side effects that include hot flashes, vaginal dryness, mood swings and fatigue to name a few.

There are several techniques that work as fertility preservation techniques and cancer treatment options with breast cancer. The most common methods used by oncologists today include ovarian inhibition (natural ovarian function), ovarian suppression and egg freezing/vitrification.

Cancer treatment plans and IVF are similar in suppression goals, in that similar temporary ovarian suppression methods can be accomplished by interfering with the signals from the pituitary gland and hypothalamus, the biological signals that alert the ovaries to secrete estrogen. Ovarian suppressing hormones, such as those above, are able to be given once a month by injection to ultimately reduces the release of luteinizing hormone (LH) and follicle-stimulating hormone (FSH) by the pituitary gland, thus stopping the signaling to the ovaries to produce estrogen. Without the pituitary gland signaling stimulation, the ovaries essentially go dormant and doctors can process with cancer treatment plans without the continued estrogen production fueling the tumors.

For permanent options of ovarian suppression to prevent recurring early-stage cancer, surgical options are available, known as bilateral salpingo-oophorectomy (BOS). This type of surgery is possible via laparoscopic with three small abdominal incisions, with the assistance of robotics, or lower abdomen incisions and manual removal.

The purpose of this procedure is to remove the estrogen production centers and the high-risk areas common for early-stage development of cancer, which includes the removal of both ovaries and fallopian tubes.

Used less often than surgery or medications, the permanent process of ovarian suppression via radiation ablation may be used as well, however, although this procedure is less invasive than surgery, it may not always result in complete suppression of the ovaries and continued blood tests may be needed to ensure its effectiveness.

Egg freezing is another ovarian suppression method that can be used to potentially preserve fertility during cancer treatment. Several types of ovarian inhibition are available, including “slow freeze” or vitrification, which bypass ovarian inhibition by using ovarian stimulation protocols to create mature ovarian follicles and produce oocytes for egg retrieval.

When it comes to ovarian suppression for cancer treatment, it’s vital to realize that nearly 94 percent of women who have stage four breast cancer were initially diagnosed with an early-stage breast cancer that recurred at a later date. Thus, reducing the risk of recurrence is critical and ovarian suppression can be key for many women’s treatment plan who have a significant risk of recurrence.

Knowing that ovarian suppression therapy has benefits for IVF procedures and some women’s breast cancer treatment plans, shows that when it comes to available therapies, some medical options can assist in saving family planning dreams, as well as lives.