Home » How to Preserve Fertility in Women with Cancer

Of the more than 100 cancers known to attack the body, three are especially common among women. According to a study published by the National Cancer Institute, these cancers include breast, lung and colorectal cancer. The same study data further revealed that these cancers, in particular, accounted for an astounding 50 percent of all new cancer diagnoses involving women in 2020.

It is also worth noting that women are at higher risk of developing some variation of this life-altering disease than men, as found by a study published by Medical News Today, a trusted online resource for medical information and news. The study data revealed that one in two American women, compared to one in three men, will have the misfortune of developing cancer in their lifetime. Most oncologists, as well as women who have been there themselves, will agree that a diagnosis of cancer can have a profound effect on a woman’s life, including her ability to conceive a child. For this reason, many women who intend to undergo chemotherapy, radiation or surgery following a diagnosis of cancer often look into ways to preserve their fertility while doing so.

How to Preserve Fertility in Women with Cancer

Before delving into how women diagnosed with cancer can go about preserving their fertility while simultaneously battling cancer, we should probably take a moment to learn more about the disease itself first. Regardless of the body part affected, cancer is a disease that causes cells to divide uncontrollably and destroy healthy tissue. Generally speaking, cell division is a good thing insofar it replaces old, dying cells in the body with new ones. Unfortunately, for some individuals, this process results in new and old cells co-existing, which makes all forms of cancer a threat. That aside, receiving a cancer diagnosis seldom makes women want to have children less. Instead, it strengthens their conviction and makes them want to do everything in their power to improve their chances of conceiving after undergoing their cancer treatments, including fertility preservation.

What Does Fertility Preservation Entail? 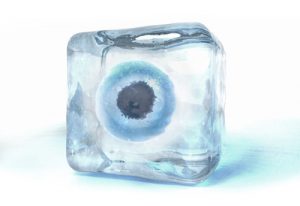 First and foremost, a woman who is trying to conceive should inform her oncologist of such. After all, this information can play a critical role when it comes to cancer treatments. With that, let’s now turn our attention to what fertility preservation means for women who want nothing more than to enjoy motherhood after surviving cancer. In short, to preserve a patient’s fertility, a physician will use one of several means to store a woman’s eggs and reproductive tissue so that she might be able to use them to conceive after completing her cancer treatments. According to the American Cancer Society, some of the more popular fertility-preservation methods include the following:

Also known as embryo cryopreservation, embryo freezing involves a physician removing a woman’s mature eggs and then inserting those eggs into a sterile laboratory dish with thousands of male sperm, which can be provided by either a donor or her significant other. If all goes according to plan, the male sperm will fertilize the female egg either through in-vitro fertilization (IVF) or intracytoplasmic sperm injection (ICSI). Once fertilized, the egg is officially an embryo that can be frozen. After a woman has undergone her cancer treatments and is ready to try her luck at conceiving, the frozen embryo is thawed and then inserted into her uterus.

Also known as oocyte cryopreservation, egg freezing is similar to embryo freezing and was developed to help cancer patients to protect cells from the damage caused by chemotherapy and thereby preserving women’s ability to have children later in life. However, the fertilization part of the process occurs after the frozen egg is thawed out, combined with sperm in a lab for successful fertilization and then implanted back into the woman’s uterus (this process is done via IVF). Essentially, this option keeps pregnancy as a viable option on the table for women. It is also a viable option for women who want to become pregnant after beating cancer.

As a means of preserving fertility in women with cancer, particularly those needing to undergo radiation, some oncologists will recommend ovarian transposition. In short, this fertility-preservation method entails surgically moving a woman’s ovaries away from the “target zone” before starting radiation-based cancer treatments and then back into place once those treatments are concluded. Generally speaking, ovarian transposition is best suited for teen girls and young women undergoing pelvic radiation. It is also frequently recommended to women undergoing chemotherapy to treat rectal cancer.

Final Thoughts on How to Preserve Fertility in Women with Cancer

There are many additional fertility-preservation methods available to women with cancer besides the ones detailed in this article. Choosing the right one invariably comes down to the type of cancer that developed, whether or not it has metastasized to other parts of the body and several other factors. That said, women who have been diagnosed with cancer and still want to conceive are encouraged to discuss treatment options with their physicians.