Home » Does Black Cohosh Help with PCOS and Fertility?

Black cohosh is a common female supplement ingredient that has been attributed to aiding with multiple health issues. Scientifically known as Actaea racemosa and Cimicifuga racemosa, black cohosh is also referred to as black bugbane, black snakeroot, baneberry and fairy candle. Originating in North America, this herb has been found to aid in conditions from menopause and mental health concerns to weight loss and sleep support, this herb offers a number of benefits and among those who it can help, women with polycystic ovary syndrome (PCOS) and fertility concerns may also find interest in its effects.

When it comes to black cohosh’s effect on the body, this herb is a phytoestrogen, meaning it is a plant-based compound that, when consumed, mimics estrogen’s function in the body. As a result, the effects are desirable among women with estrogen-related hormone disorders.

Imbalances in LH, FSH, estrogen, progesterone and androgens as a result of PCOS can lead to a number of symptoms and side effects and can typically affect normal ovulation. Black cohosh has been found to counter these imbalances and restore hormonal balance, ultimately helping restore a normal menstrual cycle, boost ovulation and promote fertility.

In a 2013 study black cohosh was found to aid in stimulating ovulation in women with PCOS, providing a natural substitute for the popular ovulation-inducing prescription, clomiphene citrate, commonly known as Clomid, which can help increase fertility for women who experience irregular or lack of ovulation.

The study identified that women who used black cohosh had increased progesterone levels; favorable changes in luteinizing hormone (LH) levels and follicle-stimulating hormone/luteinizing hormone (FSH/LH) ratio, a balance of these two hormones helps the egg and follicle to develop for conception; and thicker endometrium (uterine wall), which is necessary for proper implantation. All signs of indicating improved ovulation. 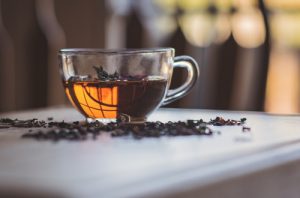 An additional review of PCOS related clinical trials that was published in the Journal of Pharmacy Practice confirmed that on limited research, use of black cohosh led to improvement in hormone regulation and endometrial thickness, as well as increased pregnancy rates when compared to Clomid. In addition, when combined with regular Clomid administration and timed intercourse during the fertile window, participants experienced significantly higher clinical pregnancies per cycle.

In addition to its phytoestrogen properties, black cohosh also contains anti-inflammatory and insulin-regulating properties, both of which can help with minimizing symptoms of PCOS due to the conditions impact on insulin resistance and the body’s inflammation response.

In addition to phytoestrogen effects, black cohosh contains ferulic and isoferulic acids, both of which produce anti-inflammatory effects by inhibiting interleukin-8, which is produced as a result of inflammatory response and attracts and activates neutrophils in inflammatory regions.

Tips When Taking This Herb

Dosage recommendations varies from 20 to 120mg daily for this holistic remedy based on an individual’s needs and the form in which it’s consumed. Black cohosh is commonly available as a liquid extract, added ingredient in fertility supplement blends, individual capsule form, and as an herbal tea option.

While this herbal option is typically considered safe for most women, some people report experiencing mild effects after using black cohosh such as nausea and digestive upset, skin rashes, muscle pain, and breast enlargement or discomfort. Another side effect may include some blood spotting outside of the normal menstrual cycle, and due to its potency, some health professionals advise to avoid using black cohosh for extended periods of time for more than six months to one year.

In one lab study on animals, some results showed that high doses of the plant extract led to damage in the blood cells, leading to anemia in some cases, however research is continuing on the effects of black cohosh in humans.

Because this plant belongs to the buttercup family, if your body reacts to plants in that family, it is advisable to avoid black cohosh, and as always it is advised to check with your doctor or a homeopathic specialist prior to starting an herbal routine.