Home » What It Means to Have a Diminished Ovarian Reserve

A medical condition known as diminished ovarian reserve can have an effect on a woman’s fertility.

The ovaries play a vital role in the reproductive process. It is these organs that produce the eggs to hopefully be fertilized, which initiates the conception process and ultimately the birth of a newborn child.

This condition, sometimes informally abbreviated as DOR, occurs when the quantity and quality of the eggs (oocytes) the ovaries produce decreases. This could significantly decrease a woman’s fertility levels.

There are several potential causes of DOR. As women age, their ovarian reserve tends to drop at incrementally until menopause, when ovarian function eventually ceases and oocytes are no longer produced. 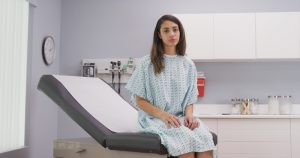 Arguably, the most significant red flag symptom is difficulty becoming pregnant. Individuals who have actively been attempting to conceive for six months to a year to no avail might be stricken with the condition. Additionally, other potential manifestations that could indicate DOR’s presence include heavy or irregularly occurring menstrual cycles.

Symptoms of DOR could, however, mimic a host of other reproductive ailments. Moreover, if certain precipitating conditions are left unchecked, there is a greater probability the afflicted subject becomes infertile. In many instances, doctors can detect the presence of DOR by performing simple blood tests designed to measure the systemic concentrations of various sexual hormones.

Like any other medical issue, earlier detection often precipitates better long-term results. Physicians and reproductive experts suggest that women under age 35 experiencing conception challenges for more than a year should seek a medical evaluation, while those 35 and older should wait only six months.

Specific therapeutic endeavors will be dictated by the specific underlying cause (if one is discernible), the severity of the cause and the afflicted individual’s age.