Home » The Role of L-Carnitine in Sperm Health

The role of L-carnitine in sperm health has been studied extensively in recent years with numerous journal articles linking this amino acid to aiding in male fertility. In a 2011 study published in the Journal of Pakistan Medical Association, it was determined that the levels of L-carnitine play an essential role in male fertility. Life Extension Magazine reports that a 2012 study showed that only one in four men have optimal semen quality, and sperm counts around the world may have decreased by 50 percent since the 1930s. According to another study by Italian researchers, L-carnitine supplementation helped sperm to swim. Giving the disturbing decline, it’s no wonder that L-carnitine is making the headlines for its ability to aid in healthy male reproduction.

All cells in the human body have to travel, but no cell has a path as arduous as the sperm cell. Large amounts of energy are needed to move these cells, and carnitine plays a vital role as a transporter molecule. Carnitine works to carry fat compounds into mitochondria. Once there, the compounds are burned up to release the energy needed for transport. This energy is transferred to the sperm so that the sperm has the energy necessary to fertilize eggs. Doses in the range of 2,000 to 3,000 milligrams per day are shown to be effective in improving sperm quality. Men who were treated with carnitine exhibited a pregnancy rate that ranged between 22 and 31 percent. This is compared to the control groups with rates between 1.7 and 3.8 percent.

Increasing the Movement of Sperm

To increase fertility, it’s important to improve the movement of sperm. Without movement, sperm are incapable of swimming to the woman’s egg. Poor swimmers never make it to the egg, and the chances of fertilizing an egg and beginning a pregnancy are greatly diminished. Carnitine supplementation has been shown to increase motion, but since supplements are not regulated by the government, it’s important to tell your doctor about your supplementation routine and carefully select any supplements you choose to use.

In addition to supplementation, it’s possible to get L-carnitine from food sources. While supplementation is useful to avoid a deficiency, the best sources are still going to be from whole foods. Meat, poultry, fish and dairy products have the highest levels of L-carnitine. Vegetarians may be at risk of a deficiency since fruits, vegetables and grains contain low levels of carnitine. Wheat and avocados provide more carnitine than fruits and vegetables. Adults that eat a diet that includes red meat and animal products typically get about 60 to 180 milligrams of carnitine per day. Vegetarians only get about 10 to 12 milligrams per day.

There are two forms of carnitine: the L form and the D form. Only the L form is found in food, and if you’re looking to supplement your diet, you should look for this form. Dietary forms of carnitine are absorbed by the bloodstream from the small intestine. If the body gets too much carnitine, it leaves the body via the kidneys to maintain a stable concentration of carnitine. The kidneys are able to conserve carnitine, so even in a diet that is low in carnitine, it’s unlikely to cause severe health issues. Most cases of carnitine deficiency come from a genetic disorder or specific conditions. The use of antibiotics can also reduce the levels of carnitine in the blood stream. 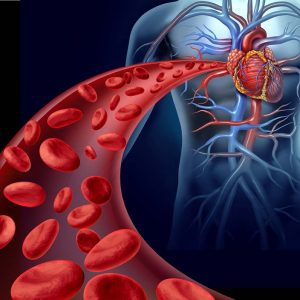 L-carnitine is an amino acid that acts as an antioxidant. Because of this, many other diseases can be treated by supplementation of L-carnitine. There is good evidence that shows that angina, heart attacks and heart failure may be mediated with L-carnitine supplementation. A build-up of blood in the arteries, known as peripheral vascular disease can help relieve symptoms associated with the disorder. Additional studies also suggest that L-carnitine may play a helpful role in erectile dysfunction and Peyronie’s Disease, in which the penis develops a curvature that leads to pain during an erection. Men that took L-carnitine experienced less pain during sex and a reduction in the curvature of the penis.

L-carnitine is a relatively safe supplement, but it may have some interactions with certain medications and therapies. AZT is a medication used to treat HIV and AIDS, and L-carnitine may help protect muscle tissue from the side effects of this medication. Doxorubicin is a drug used to treat cancer and supplementation with carnitine may help reduce the toxic side effects of this medication. L-carnitine could make thyroid treatments less effective. Additionally, anti-seizure medications could lower the total amount of carnitine in the blood stream, so additional supplementation can go a long way to maintaining healthy levels.