Home » New Treatment Approaches In The Fight Against Endometriosis

Endometriosis is one of the most common gynecological diseases. According to the World Health Organization, about 10% of all women of childbearing age suffer from it. The disease is characterized by the lining of the uterus starting to grow outside the uterus and spreading to other organs, which can cause health problems. Many affected women also suffer from infertility. Unfortunately, there is still no cure for the disease, but researchers have identified new ways to better understand endometriosis and develop better treatments.

The Effects of Endometriosis 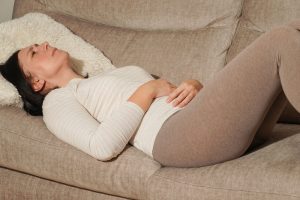 Although not every patient has the same symptoms, endometriosis can lead to numerous unpleasant symptoms. These include severe abdominal pain, heavy periods, cramps during menstruation that are heavier than normal, painful intercourse, and breakthrough bleeding between periods. Headaches, fatigue and intestinal problems are also possible. Women with the disease are more likely to have problems conceiving, which could be due to the fact that the rhythmic movement of the uterine muscles is disturbed. it´s more difficult for the sperm cell to find its way to the egg. This makes conception more difficult.

Due to inflammation either conception is hindered or a fertilized egg is not properly implanted into the uterine lining. Adhesions in the region of the ovaries or fallopian tubes can interfere with the egg maturation, or prevent the egg from migrating into the uterus. But also other risks are increased. Research shows that endometriosis can increase the development of various autoimmune diseases, as well as the risk of cancer and heart disease. Although there are various ways to alleviate the symptoms, there is still no cure. Hormone therapy and surgical removal of the diseased tissue are still among the most common treatment methods.

Nanotechnology As a New Treatment Approach

Scientists have developed a new nanotechnology approach to locate and remove the painful and dangerous lesions associated with endometriosis. Magnetic nanoparticles are used, tiny particles of matter that are as small as one billionth of a meter. These have exceptional heating capabilities that enable the use of magnetic hyperthermia to safely and efficiently eliminate endometrial lesions. Most diseased tissue is surgically removed, but this can reappear over time. In addition, some women require multiple surgeries because not all tissue can be found and removed immediately.

With the help of hyperthermia, an efficient, non-surgical procedure should be possible. However, until now the heating efficiency has not been high enough to enable targeted treatment. The scientists have succeeded in developing special nanoparticles that exhibit more than six times higher heating efficiency than conventional spherical nanoparticles when exposed to an alternating magnetic field. Studies in mice with transplanted endometriosis tissue showed the nanoparticles’ ability to eradicate the diseased cells after a session of magnetic hyperthermia

Cedars-Sinai researchers have created a unique and detailed molecular profile of endometriosis to help improve therapeutic options for affected women.

The scientists managed to profile endometriosis using cutting-edge methods that allowed them to collect an immense amount of data from the cells of just 21 patients, some of whom had the gynecological disorder and others who did not have the disease. They created a cell atlas of endometriosis after analyzing nearly 400,000 individual cells from these patients. During this process, they were able to identify the molecular differences between the major subtypes of endometriosis, including peritoneal disease and endometrioma. Identifying these cellular differences at such a detailed level should allow better understanding of the origins, natural history and potential therapeutic targets for treatment.

Researchers have found that treating mice with a special antibiotic can reduce the size of lesions caused by endometriosis. 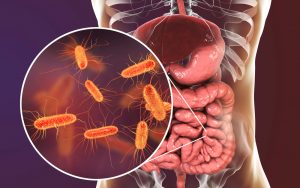 Researchers at Washington University School of Medicine in St. Louis found that treating mice with metronidazole reduced the size of endometriosis-related lesions in the gut. This was true whether treatment was started before the lesions formed or after the endometriosis was established. Inflammation was also reduced. The results also suggest that bacteria in the gut microbiome may help drive or prevent disease progression. Therefore, for women with endometriosis, a healthy diet that has a positive effect on the gut plays a crucial role in promoting good bacteria to reduce pain and control the disease.