NaPro is a new type of fertility treatment that is a good alternative to in-vitro fertilization (IVF). It is effective and considerably cheaper.

What Are the Statistics on IVF?

Many couples struggle with the heartbreak of infertility. As a result, many are turning to assisted reproductive technology (ART), and specifically, in-vitro fertilization. The New York Times has reported that at this point in time, one out of every 65 American infants is born thanks to fertility treatments. Many more companies are also jumping on the IVF train to help couples receive coverage for it in their health insurance plans. With its increasing presence, it’s important to know about the procedure and its effectiveness.

Around the 27% of the women’s going under IVF get pregnant annually. However, the number of live births that result from them is somewhat lower. Overall, these numbers are not very promising. Studies have been done that have explored topics such as the length of time a woman is fertile and how successful IVF procedures are, as well as misconceptions about these subjects.

Of course, IVF treatments are also very expensive and may average around $12,000 each year. That is even before taking into consideration fertility drugs that are taken concurrently, which cost another $3,000 to $5,000. Some women also have to undergo certain tests that can rule out genetic diseases in their potential children, which may run up to around $20,000 per IVF cycle. In addition, most often, the treatment is paid directly out of one’s pocket and can easily put couples into debt.

What Is NaPro and How Successful Is It? 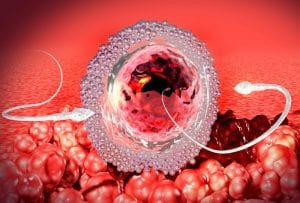 NaPro, which stands for natural procreative technology, is directed at getting to the chief cause of infertility. It aims to correct conditions that may be present in a couple that are hindering their chances of conceiving, such as endometriosis, polycystic ovarian syndrome (PCOS), or low sperm count. The concept behind it is that infertility stems from a larger problem and is merely a symptom. Therefore, after that bigger problem is detected and addressed, a couple has a better chance of naturally conceiving a baby.

NaPro works alongside with the gynecologic and procreative systems in the body. When these systems are functioning abnormally, NaPro is used to identify the problem and cooperate alongside with fertility and menstrual cycles to then help correct the condition itself and to sustain the procreative potential.

In the United States, there are only 500 fertility clinics that practice natural procreative technology and only around 100 doctors who are certified in the area. It is believed that the technology is actually far superior to IVF and may even have three times the success rate of that procedure depending on the reason for the infertility issues. According to a sizable study on the technology, over 60 percent of patients became pregnant after two years of treatment, and 70 percent became pregnant after three years of treatment.

Another notable benefit of natural procreative technology is that it is much cheaper than IVF. Some of its services are even covered by insurance due to addressing medical conditions that are known to cause infertility. It is also less invasive than IVF overall.

In some cases, women may have to undergo surgical procedures, but that is uncommon. The costs associated with this kind of assistive reproductive technology are far lower and considerably so in comparison with a single round of IVF.

At the end of the day, it’s important to acknowledge that not every couple will see success with natural procreative technology, depending on their specific cause of infertility. However, the technology has been more inclusive in addressing a number of areas surrounding the mystery of why a couple may have difficulty conceiving. Its benefits are encouraging in comparison to the high stress and high cost behind IVF.