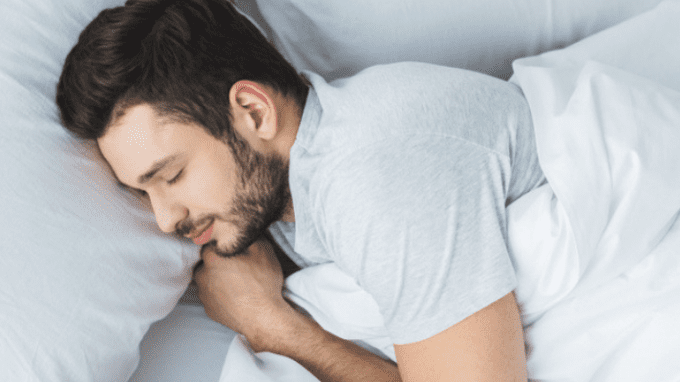 It has been determined that a man’s sleep can directly affect his fertility. Women with men that don’t get enough may find they have more difficulty conceiving.

Women who want to conceive can boost their chances by getting plenty of sleep, exercising, eating a healthy, balanced diet, cutting down on alcohol and caffeine and taking prenatal vitamins. However, studies have found that men who don’t get enough sleep may have more difficulty in getting a woman pregnant.

How fertile a person is can be directly affected by the amount of sleep they get each night. Generally, the body is meant to properly function when it gets enough rest. The natural sleep-and-wake cycle, known as the circadian rhythm, allows the human body to function normally and affects the reproductive system as well. It plays a key role in things such as sleeping, eating and hormone production. As a result, if a person is not getting an adequate amount of rest, his or her system is impaired. In the case of a man who has inadequate sleep and disruptions in his circadian rhythm, his sperm production can be adversely affected. Low motility or low sperm count can make it more difficult for a man to impregnate his partner.

Not Getting Enough Sleep Leads to Poor Sperm Count

According to a study performed at Harbin Medical University in China, men who go to bed late and sleep less can have problems with reproduction. The researchers found that the health of sperm declined and the sperm count itself was lower. 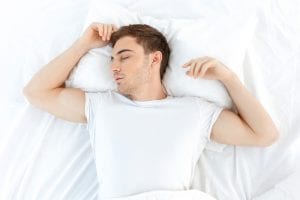 The study findings revealed that men who went to bed later than midnight and slept for six hours or less had the same results as those who had over nine hours. The men’s sleep resulted in an increase of a protein created by the immune system that serves as an anti-sperm antibody, leading to healthy sperm’s being destroyed. This antibody causes poor motility and causes problems with both fertilization and embryo implantation.

A study performed by Stanford University and the National Institute of Child Health and Human Development (NCIHD) came to the conclusion that men who sleep in the nude are more fertile. This finding isn’t surprising since tight underwear can constrict and overheat the testicles and result in poor sperm quality and a lower sperm count. The researchers found that men who wore boxer shorts during the day and slept nude at night had fewer problems with their sperm.

Overall, men who are looking to start a family should aim for at least seven to eight hours of sleep and turn in before midnight. They should also consider wearing loose-fitting underwear like boxers or no underwear at all to increase their fertility and the chances of conceiving with their partner.