The hormone called melatonin is produced by mammals, including humans, and helps to regulate circadian rhythm and the sleep-wake cycle. We tend to understand that as melatonin rises, we sleep, and as it drops, we wake. What many people may not realize, however, is that a number of biological functions are affected by melatonin, including ovarian function. In fact, the ovaries themselves produce melatonin.

Melatonin is produced by the pineal gland in the brain. Cues from the area of the brain known as the suprachiasmatic nucleus trigger the increase of melatonin during the middle or late evening after the sun goes down. Melatonin levels remain high during the rest of the night and drop in the early morning. Bright light from the sun helps decrease melatonin levels, which is why going outside early in the morning or using a full spectrum light first thing can help reset your internal clock and reduce symptoms of jet lag. 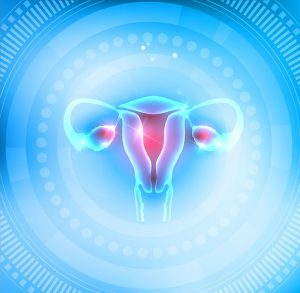 In addition to its other functions, there is increasing evidence that melatonin levels play a role in fertility and the reproductive process. Melatonin affects the function of the ovaries by regulating gonadotropin release. Gonadotropins include follicle stimulating hormone (FSH) and luteinizing hormone (LH)—female sex hormones that interact to regulate the development and release of an egg from the ovary during the menstrual cycle. In addition, melatonin affects the onset of puberty in girls and the frequency and duration of menstrual cycles. It also plays a role in menopause.

Women need healthy melatonin levels for optimum fertility and successful pregnancies, according to a recent study from the University of Texas Health Center in San Antonio. Pregnant women who have low levels of melatonin are more likely to develop complications such as preeclampsia. Melatonin is an antioxidant that helps reduce free radical damage in the ovaries. Free radicals occur as the cells in the body are destroyed or damaged and have aging effects on all body cells. Poor egg quality is one of the primary causes of infertility so healthy melatonin levels can support ovarian function and promote egg quality.

Melatonin in the Ovaries

To promote better sleep and normal melatonin production, you should follow basic health care practices such as eating a healthy diet and exercising regularly. Electronic devices such as cell phones, computers and televisions have all been found to increase the risk of sleep disorders. It’s best to turn these devices off at least two hours before bedtime. Reading is a much better choice. A regular sleep-wake cycle is important; go to bed and get up at the same time every day. Sleep in a completely dark room if possible. If you have a clock radio or lighted clock, move it at least three feet away from the bed. If you need light to go to the bathroom, use a low-wattage red, yellow or orange light, not blue or white. The latter colors shut down melatonin production. Help regulate your melatonin production by getting some bright sunlight every day, preferably in the morning hours. Melatonin supplements are also available; take them in the late evening to support natural melatonin production.

Managing the circadian rhythm is critical for good health. Insomnia and sleep deprivation have been linked to obesity, heart disease and mental health problems such as depression and anxiety. Maintaining healthy melatonin levels is critical to many of the body’s metabolic processes, including that of ovarian function.