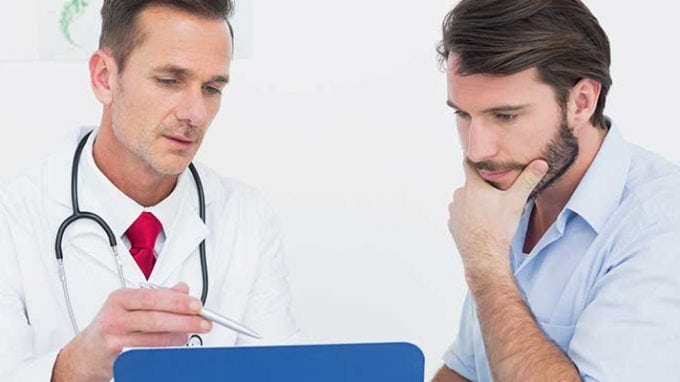 There are many factors that lead to male infertility. According to various studies, varicoceles, a benign condition of the testes observed in about 15 to 20 percent of the male population, could be one of them.

What Is a Varicocele?

A varicocele is a swelling in the scrotum that is caused by an enlargement of the veins around the testis. Usually, it develops during puberty or shortly before, most commonly on the left side. The condition primarily develops because blood flow to the left renal vein is disturbed. The result is often a weakening of the venous valves, which increases pressure and in turn leads to bulging in the venous complex. Although varicoceles often cause no symptoms, a dull or twinging pain may be felt. The type of treatment depends on the severity (which ranges from grade 1 to 3) and the level of discomfort. Various procedures are available, including sclerotherapy, closure or surgical procedures (e.g., tying off the varicose vein).

Varicoceles and Their Influence on Fertility 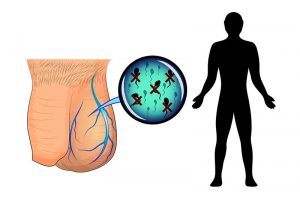 Ways in Which Varicoceles Can Affect Male Fertility

The mechanism by which varicoceles can interfere with the fertility of the testes is not fully understood yet. However, it is true that the temperature of the scrotum is usually several degrees cooler than normal body temperature. This is important for normal sperm production and testicular function. The difference in body temperature is carefully maintained by the normal anatomy of the scrotum. The dilated veins of a varicocele can have a negative effect on the natural cooling mechanism, which in turn reduces its effectiveness. The testes overheat and are no longer as functional.

The following effects can be observed:

Numerous studies show that men with varicoceles have more damaged sperm than those who do not suffer from the condition. Inflammation of the testes, swollen veins in the scrotum and abnormally developed testicles can lead to abnormal sperm.

The Connection Between Varicoceles and Sperm Quality

Several studies have found a significant correlation between varicoceles and poorer sperm quality. A WHO study from 1992, which examined 934 men from 34 cities in 24 countries, showed reduced testicular volume and low sperm count among men with varicoceles. However, there were no differences regarding sperm motility and morphology. On the other hand, a different study conducted with 40 men found that all sperm parameters were significantly reduced.

A larger study evaluated 7,035 healthy, young men from six European countries from 1996 to 2000. 1,105 (15.7 percent) had a varicocele between grade 1 and 3. A higher varicocele grade was associated with lower sperm quality, even at grade 1. In men who were already suffering from grade 3, sperm concentration was reduced by more than half compared to those who were healthy. The presence of a varicocele was also associated with higher levels of luteinizing hormone and higher levels of follicle-stimulating hormone. Overall, the study was able to demonstrate that the occurrence and increasing severity of a varicocele are negatively related to sperm quality and reproductive hormone levels in young men and that poor sperm quality is found even in men with the lowest varicocele grade.

Surgical Measures and Their Influence on Sperm Quality 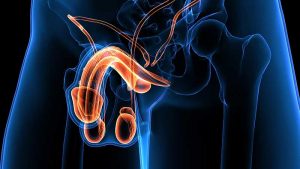 There are some controversial studies on whether surgical correction of varicoceles leads to an improvement of sperm count and quality. Some of these studies conclude that through surgical correction, a range of effects that contribute to impaired fertility can be reversed.

A study from 1998, which analyzed 139 men with varicoceles, showed that sperm count and progressive motility could be significantly improved after tying off the varicose vein in the scrotum.

Another study examined 19 adolescents who underwent left-sided varicocele surgery and were observed into adulthood. Their sperm was analyzed and compared with that of healthy as well as unoperated men. The result was that their sperm motility and morphology were significantly improved compared to those of unoperated men and were comparable to those of healthy men. However, other studies failed to identify any improvement in sperm parameters in varicocele patients after surgery.

In order to determine the extent to which varicoceles and corresponding surgical measures affect male fertility more precisely, additional controlled studies capable of yielding more conclusive results must be conducted in the future.

Nevertheless, many doctors recommend the surgery since it only carries minor risks and patients recover quickly. A urologist, as well as a fertility specialist, should always be consulted before corresponding measures are taken. Among other factors, whether surgery is a promising option also strongly depends on the level of abnormal sperm present. Men with extremely poor sperm quality most likely have to resort to other methods, such as IVF or ICSI, in order to realize their desire to have children.