Home » Having Trouble Conceiving? High Cholesterol May be to Blame

High cholesterol has long been associated with heart disease, but according to new research published in The Journal of Clinical Endocrinology and Metabolism (JCEM), it can impair a couple’s ability to conceive as well. The eye-opening study found that women with above normal levels of artery-clogging cholesterol took considerably longer to conceive than women with normal readings. Worse yet, when both partners had high levels, it took even longer for them to conceive.

About the JCEM Study

For the study, researchers from Emory University, the University of Buffalo, and the National Institutes of Health examined over 500 couples in both Texas and Michigan from 2005 to 2009 in hopes of finding a link between high cholesterol and trouble conceiving. The study only involved couples between the ages of 18 and 44 trying to conceive naturally without the assistance of fertility treatment. Researchers tested blood samples from each of the couples for LDL, HDL and triglyceride cholesterol levels, eventually determining the fecundability odds ratio for each couple. It may sound foreign, but this ratio is simply a mathematical formula used to determine the likelihood of a couple conceiving and how long it would take.

What the Study Revealed 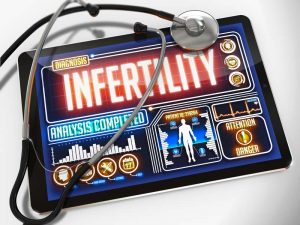 According to Enrique Schisterman, lead study researcher and chief of epidemiology at the Eunice Kennedy Shriver National Institute of Child Health and Human Development, cholesterol is critically important in the production of estrogen and testosterone hormones in women and men. It also plays a role in sperm production as well. Having high or low cholesterol levels can interfere with these natural processes. “We need optimal amounts,” Schisterman stated. “An excess sometimes creates an imbalance of too much hormones, or too little hormones.”

Trouble Conceiving: Where Do We Go from Here?

While this and other studies have shown overwhelming evidence of cholesterol’s impact on our ability to conceive, this doesn’t mean everyone trying to conceive should begin taking Lipitor or other cholesterol medications. As this is the only major study conducted thus far that has specifically looked at the link between cholesterol and fertility, further research is needed before couples should leap to such extremes.

Since finding a large pool of couples trying to conceive and having the ability to follow up with them over not months but years is easier said than done, it may be quite some time before further evidence relating to high cholesterol and infertility comes to light. According to the Centers for Disease Control and Prevention, there are currently 1. 5 million infertile married women across the US.

If obesity levels continue climbing, researchers estimate that the infertility rate will keep on climbing as well. Therefore, a balanced diet with healthy foods may be your best bet if you’re trying to conceive.